You are here:
Malalan
Moments
How it's made
On Coloured Gemstones 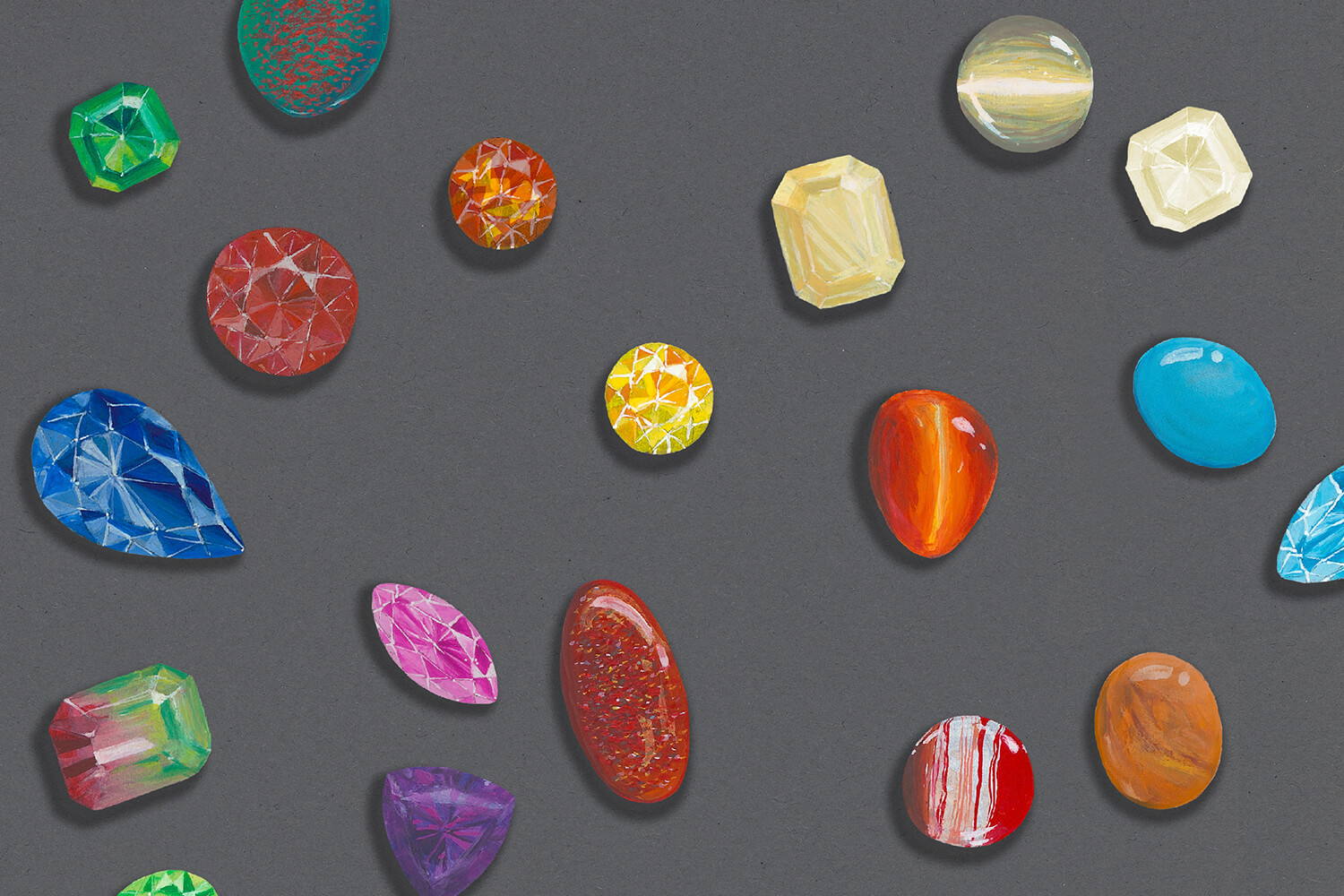 If the saying that diamonds are the girls’ best friends is true, then colored gemstones most definitely are the jewelry designers’ best friends – the infinite range of colors and structures of minerals virtually calls for creativity. They are found in all sorts of hues and color combinations; some appear basically all over the world, while others can be found only at a few exotic locations.

They are valued on the base of their rarity and on how special their color tone is, while the evenness of hue and interesting inclusions in the mineral, as well as the quality of the cut, also play an important role.

Sapphire is the symbol of nobility, truth-lovingness, honesty and loyalty. For many centuries, it served as a decoration on the garments of kings; among others, the engagement ring of the British Princess Diana was also decorated with a sapphire. Usually they are cut in the shape of a brilliant, a pad, a pear or a cabochon, and they can be recognized by their characteristic silky luster, which is created by the inclusions, characteristic of sapphires. They usually appear in different shades of blue, while the so-called 'fancy' sapphires can also be found in other hues, with the exception of red; for the red sapphire carries a very special name: a ruby.

Color: all except red

Special features: due to its exceptional hardness, sapphire glass is also used in watchmaking.

The red sapphire carries a very special name: a ruby. 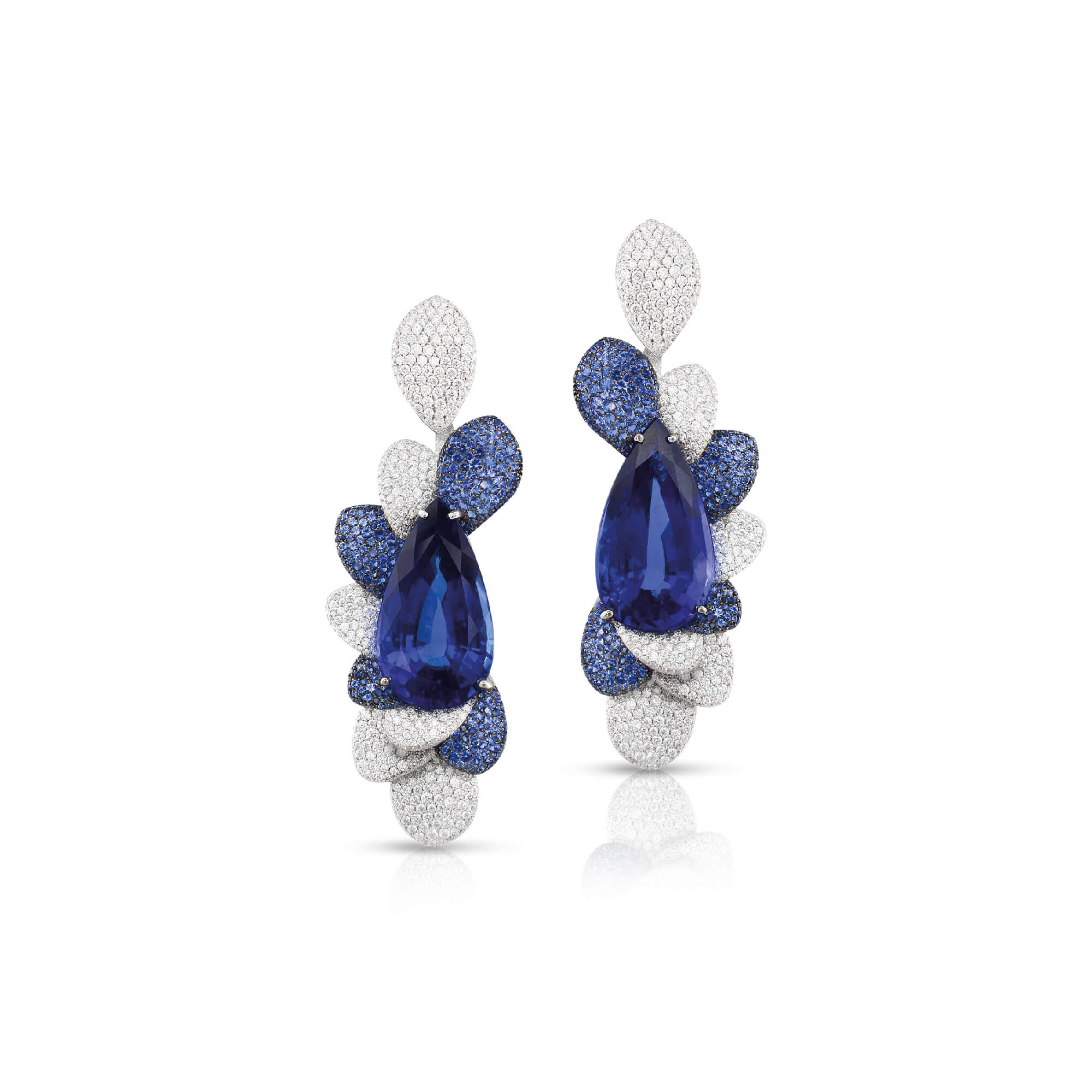 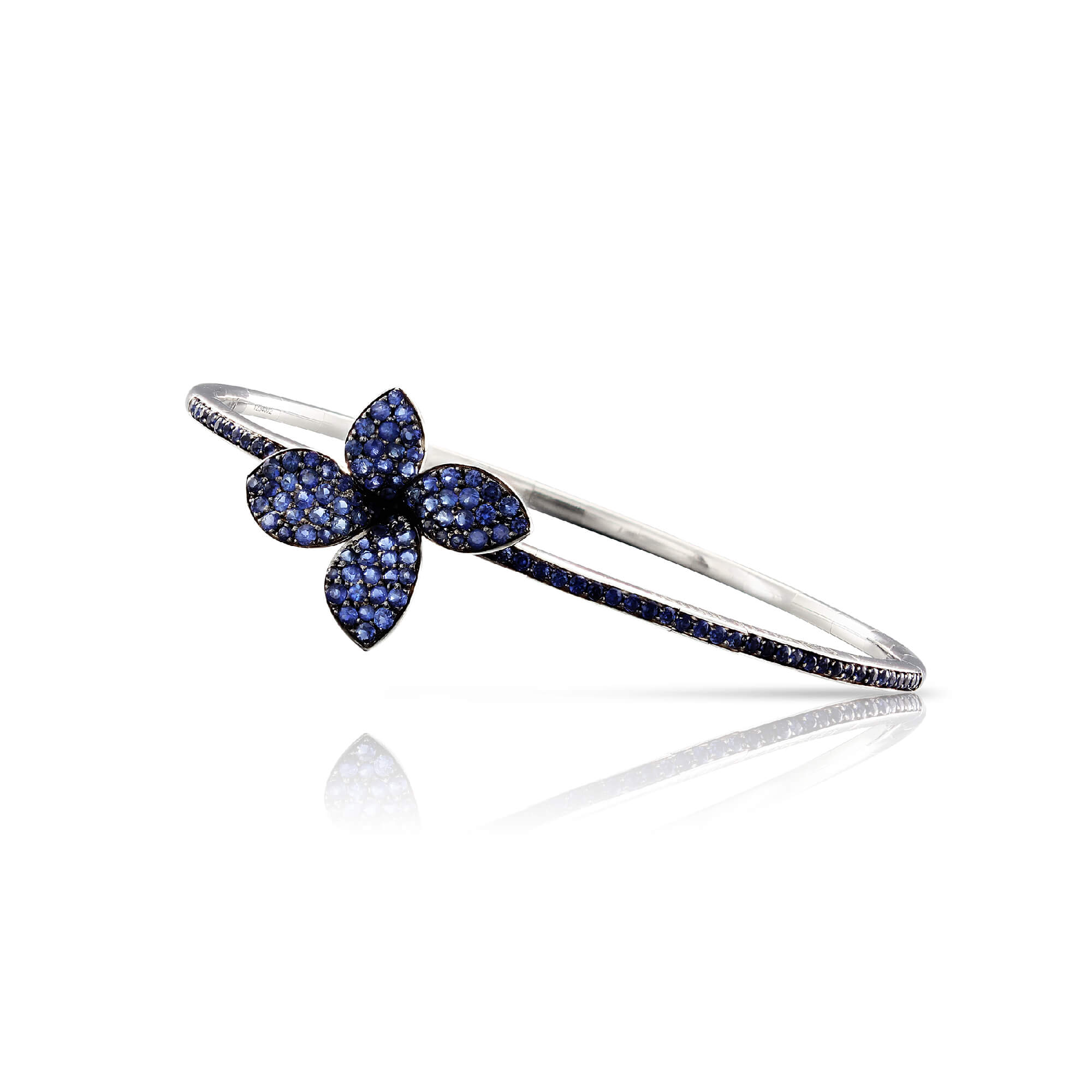 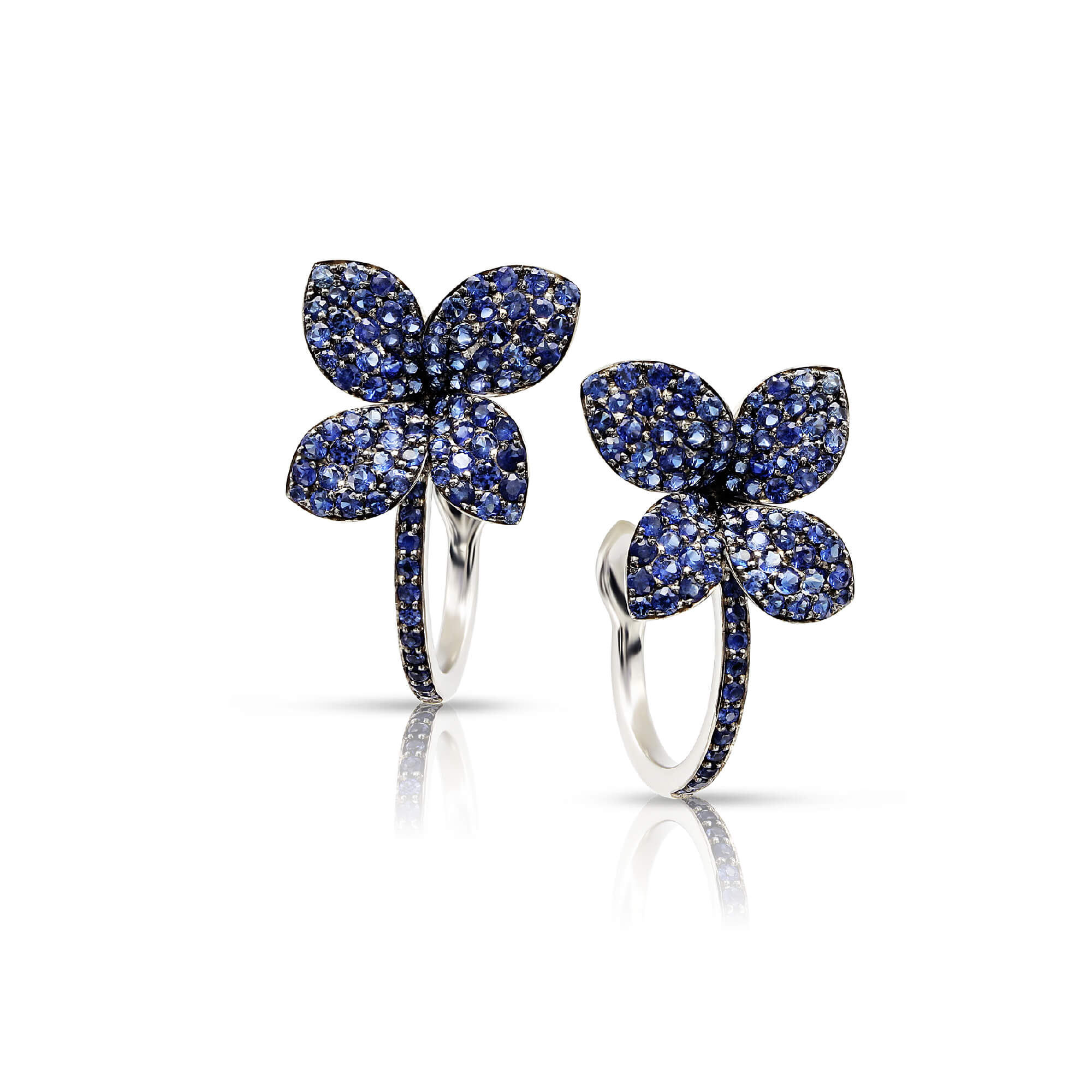 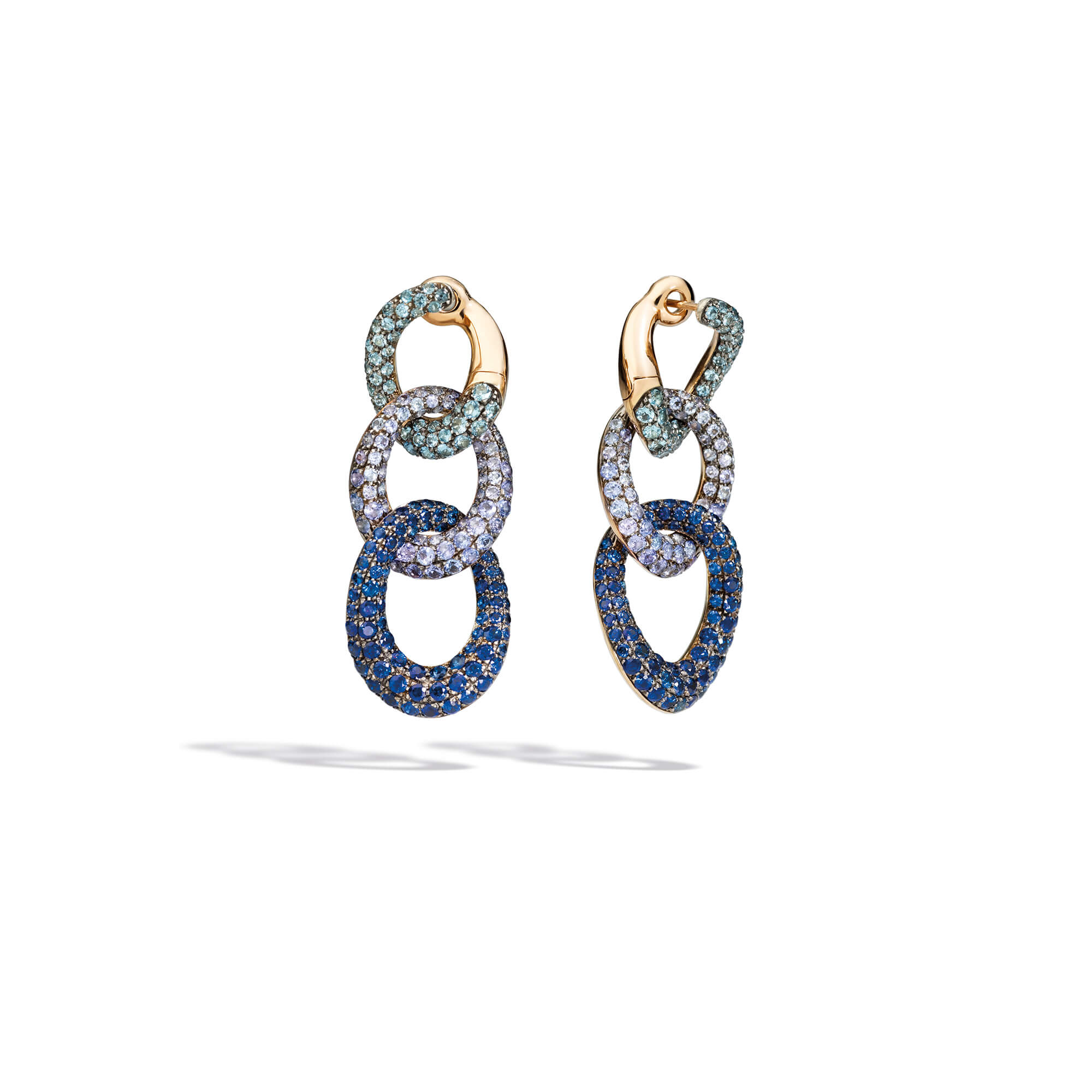 The ruby is known as the "king of gemstones" and is also the most valuable. Its deep red color represents strong emotions, vitality and lust. In Myanmar – which is one of the largest deposits – in the past they believed that warriors, decorated in a special way with the distinctive red jewels, were invincible. They did not just set the rubies in precious metals; they set them into their own bodies. In the Middle Ages, they were extremely popular among the aristocratic classes as a talisman of health, wealth, wisdom and love, and even today they are a common choice for romantic gifts.

Special features: They are used in the laser industry.

In the Middle Ages, they were extremely popular among the aristocratic classes as a talisman of health, wealth, wisdom and love, and even today they are a common choice for romantic gifts. 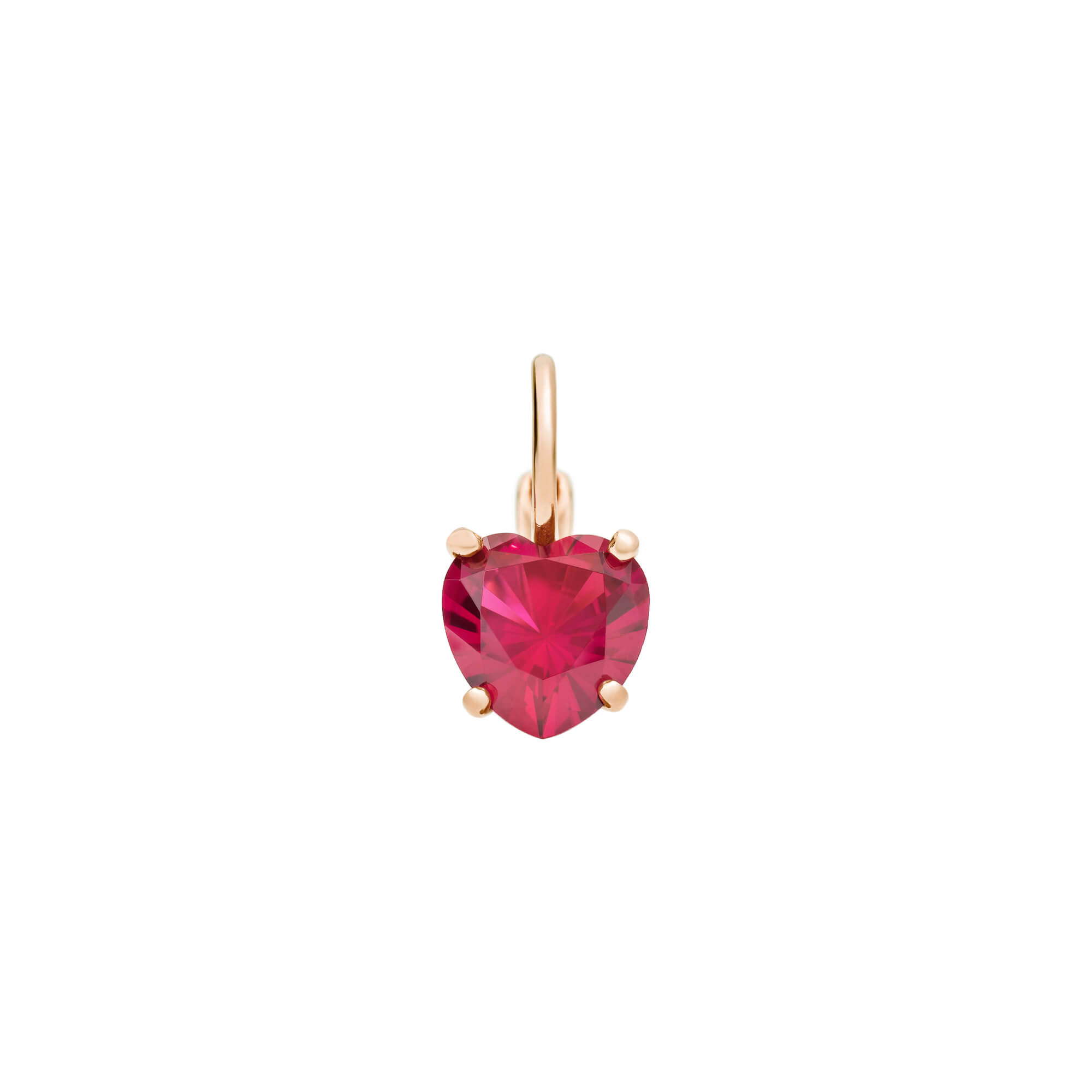 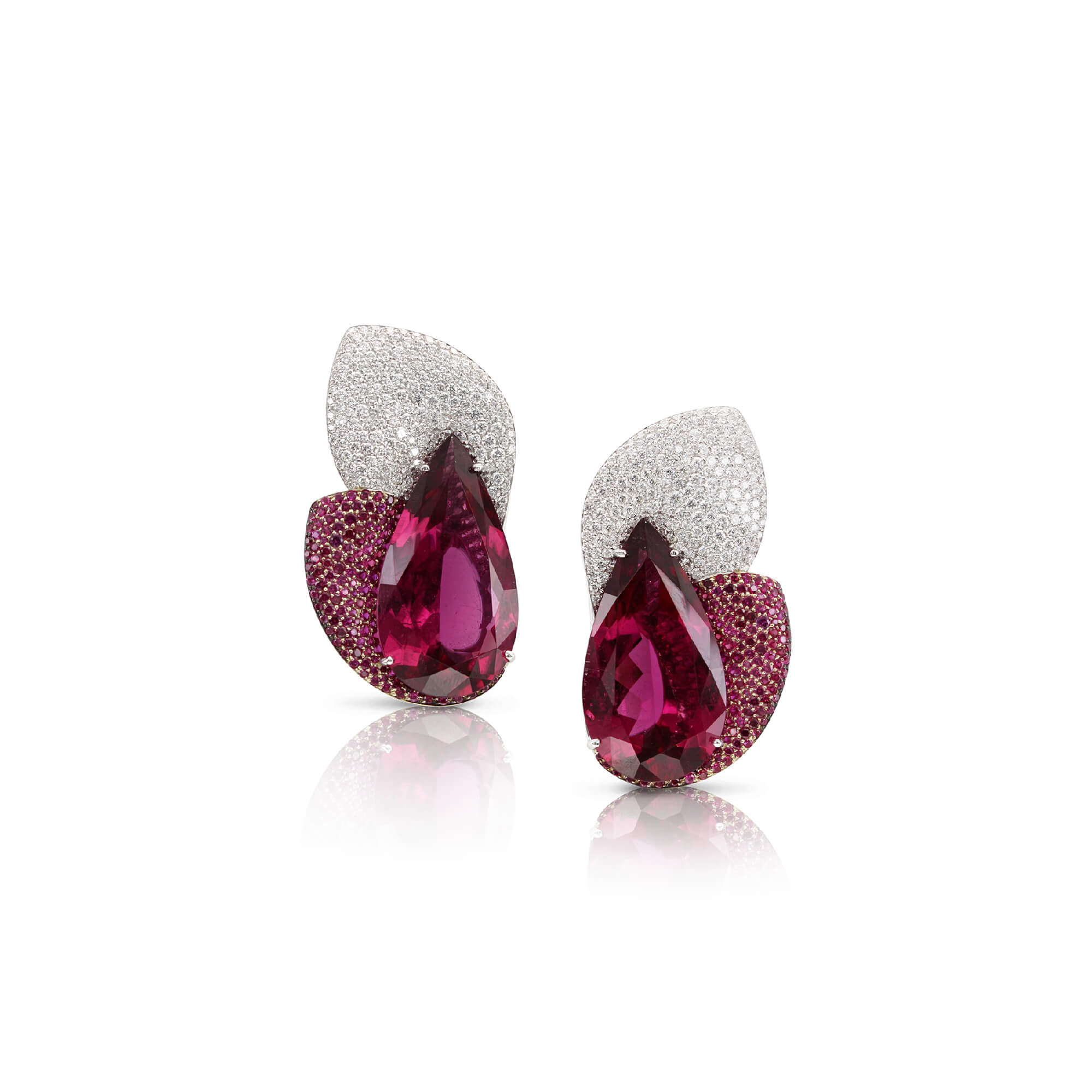 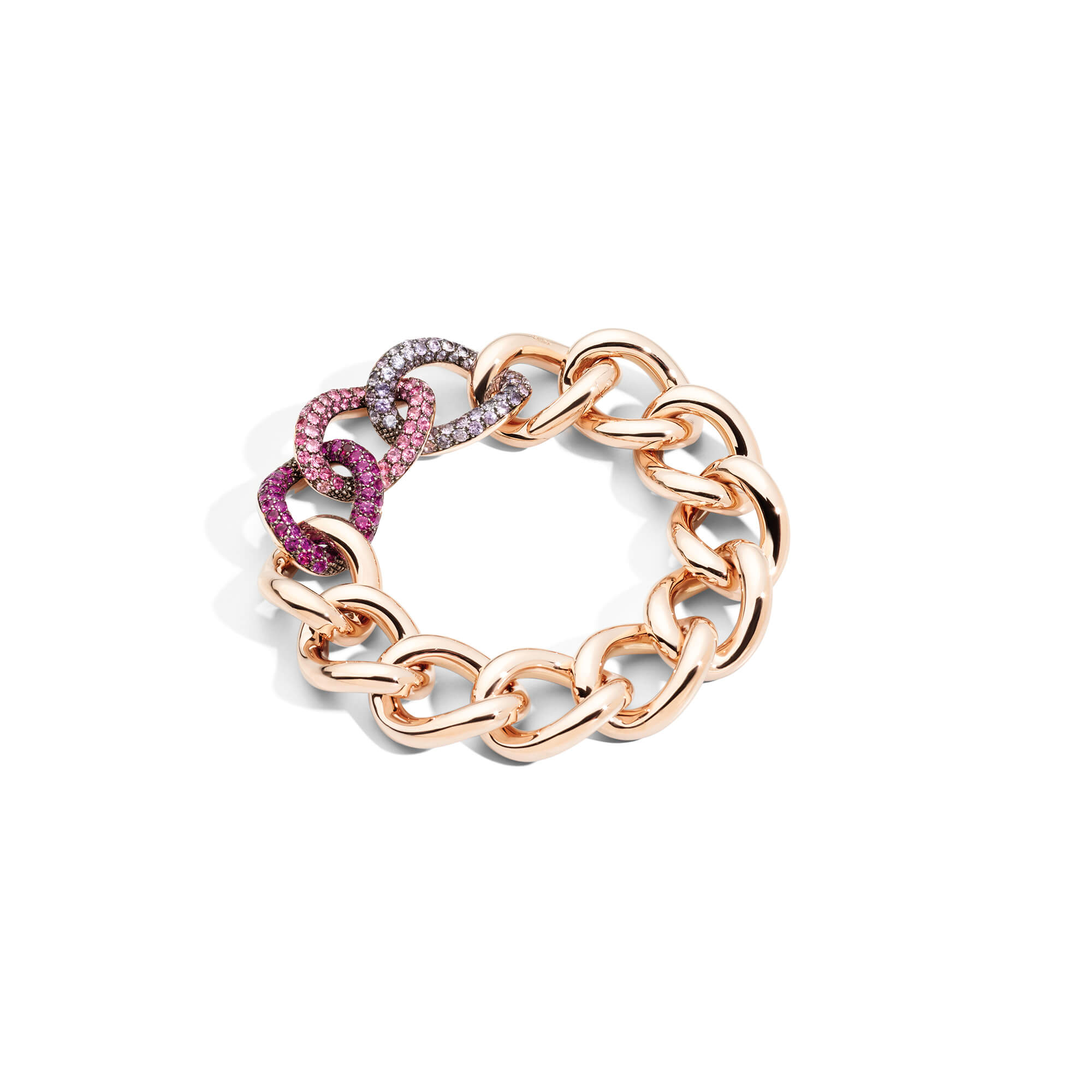 The Romans used the green gemstones to mitigate the effects of eye fatigue, but even before them, the rich green charmed the Egyptians; even Cleopatra adorned herself with emeralds. The inclusions within these green minerals contribute to the uniqueness of each gemstone, while the pattern that they make is called "jardin" - garden. Due to the inclusions and the properties of the mineral beryl they are somewhat less resistant, which is why emerald jewelry requires a more careful care. It is often shaped in the form of step cuts, which is why some people call it the emerald cut. 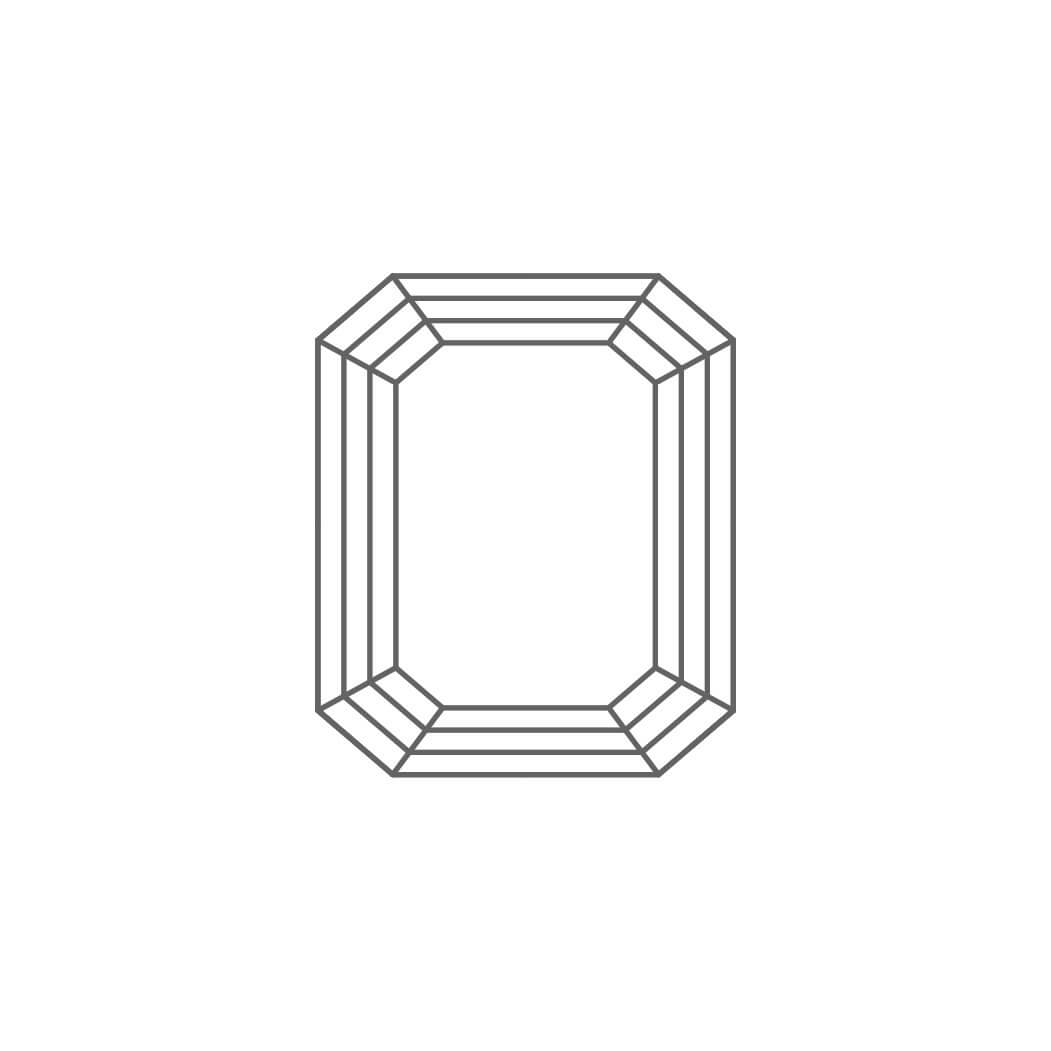 It is often shaped in the form of step cuts, which is why some people call it the emerald cut. 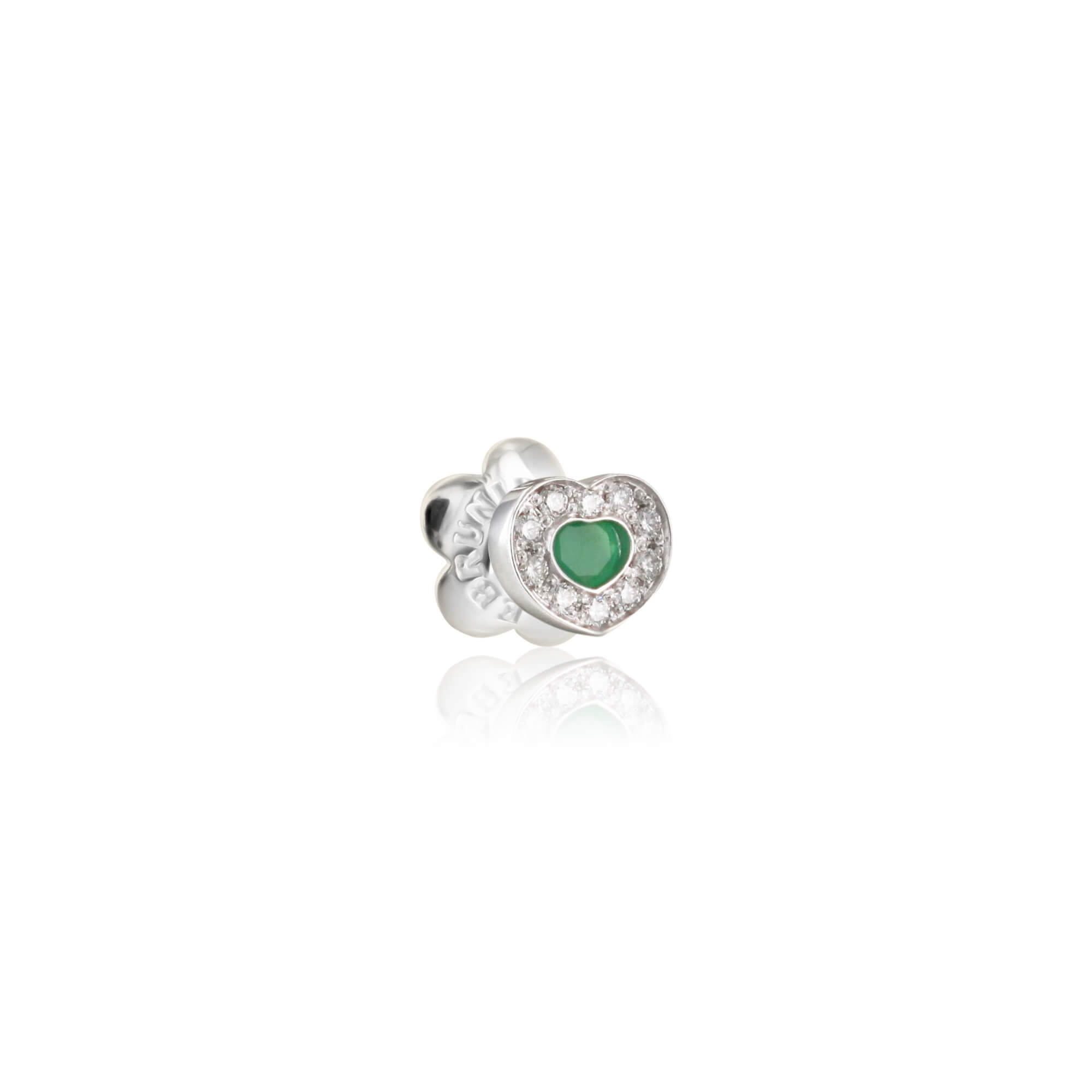 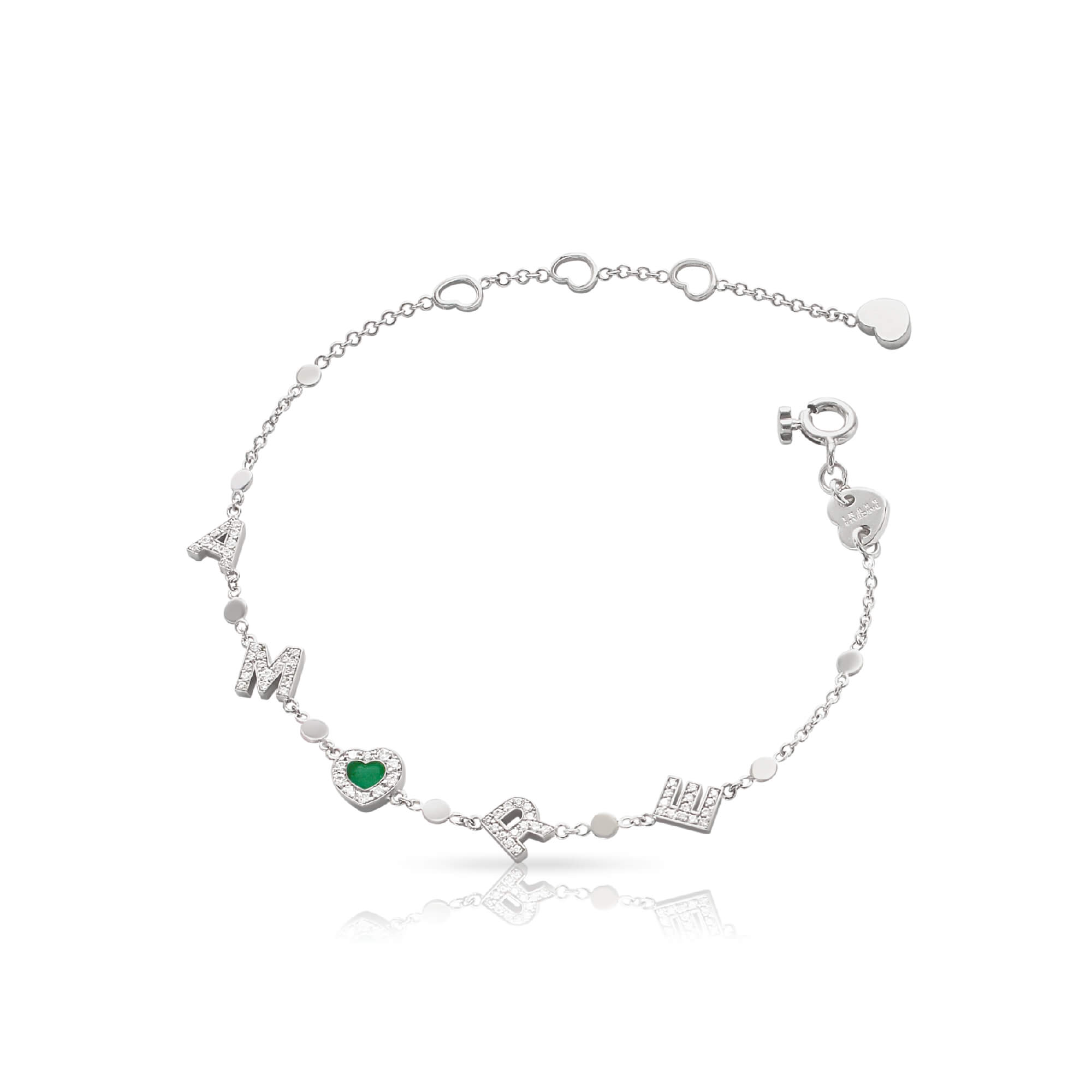 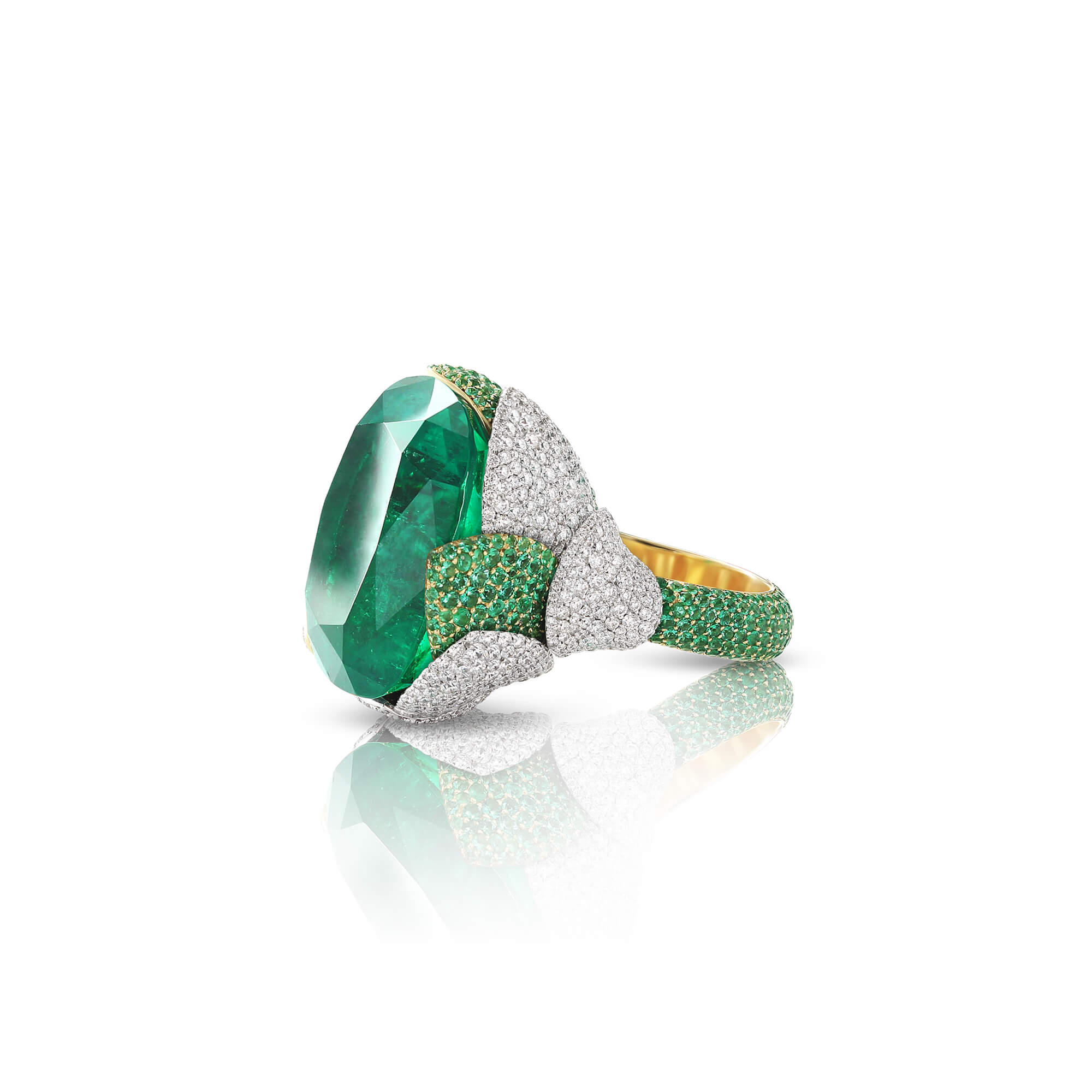 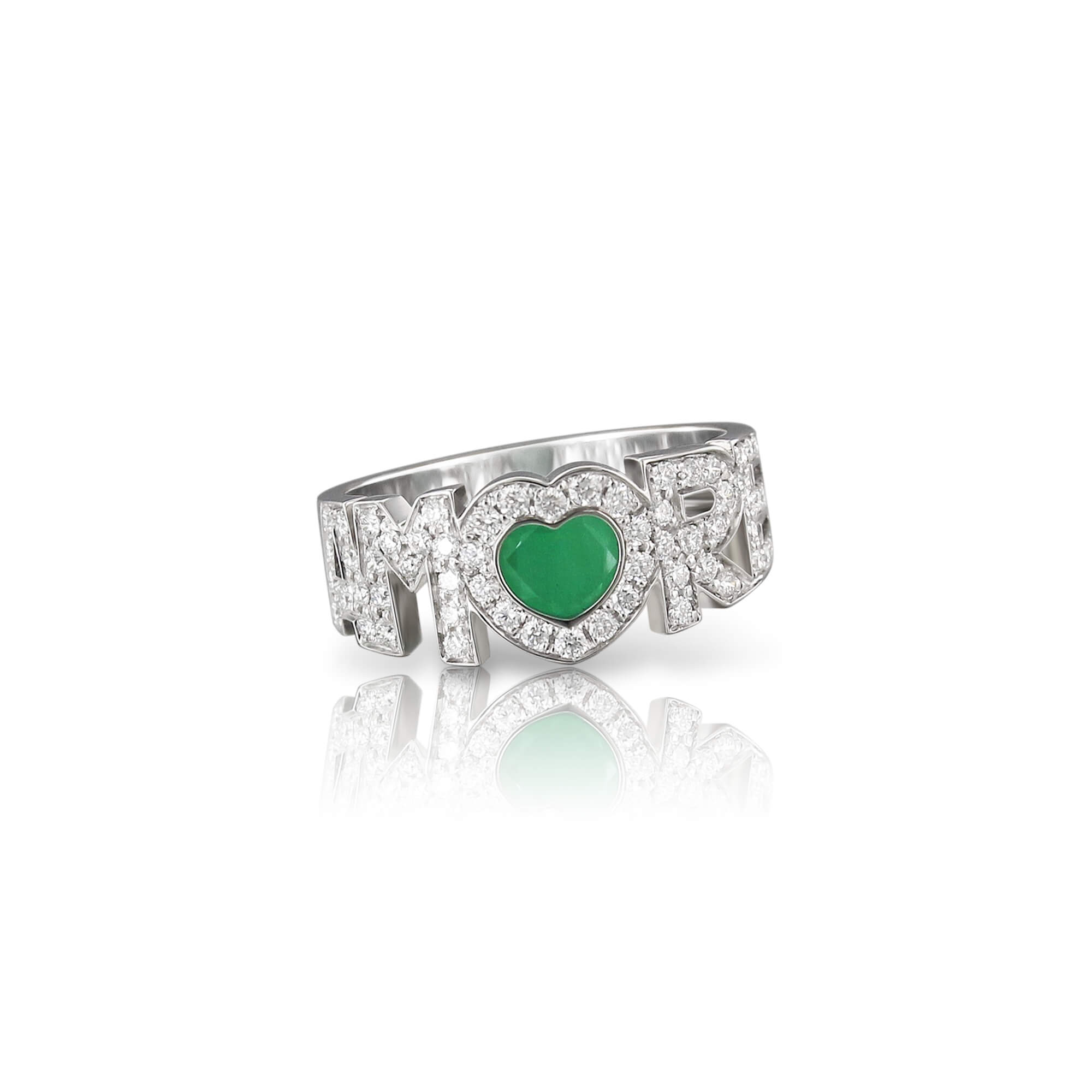 The most common mineral, quartz, is found in all sorts of colors and shapes, but the rarest is yellow citrine. It can be found in lighter shades, as well as the darker, resinous yellow. The natural citrine has been highly prized for millennia due to its rarity; it has been used as a talisman by the Egyptians, while the Greeks embellished it with various carved ornaments. The Romans made jewelry with giant purple amethysts, which are the basis for the today's hued citrine, made with a heating process of amethysts.

Special features: ametryn is a variation of amethyst and citrine in a single crystal, which can be found in Bolivia

Ametryn is a variation of amethyst and citrine in a single crystal, which can be found in Bolivia. 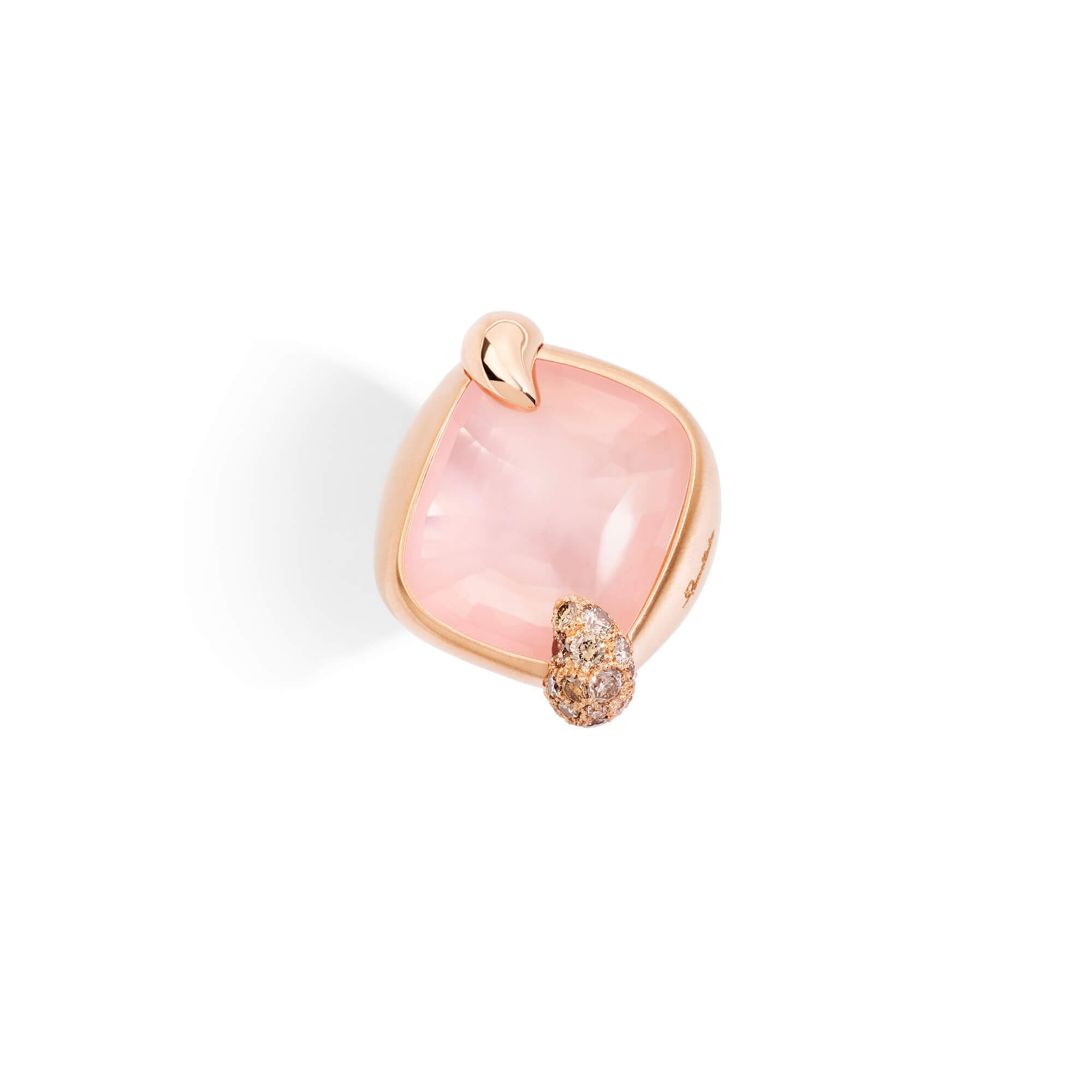 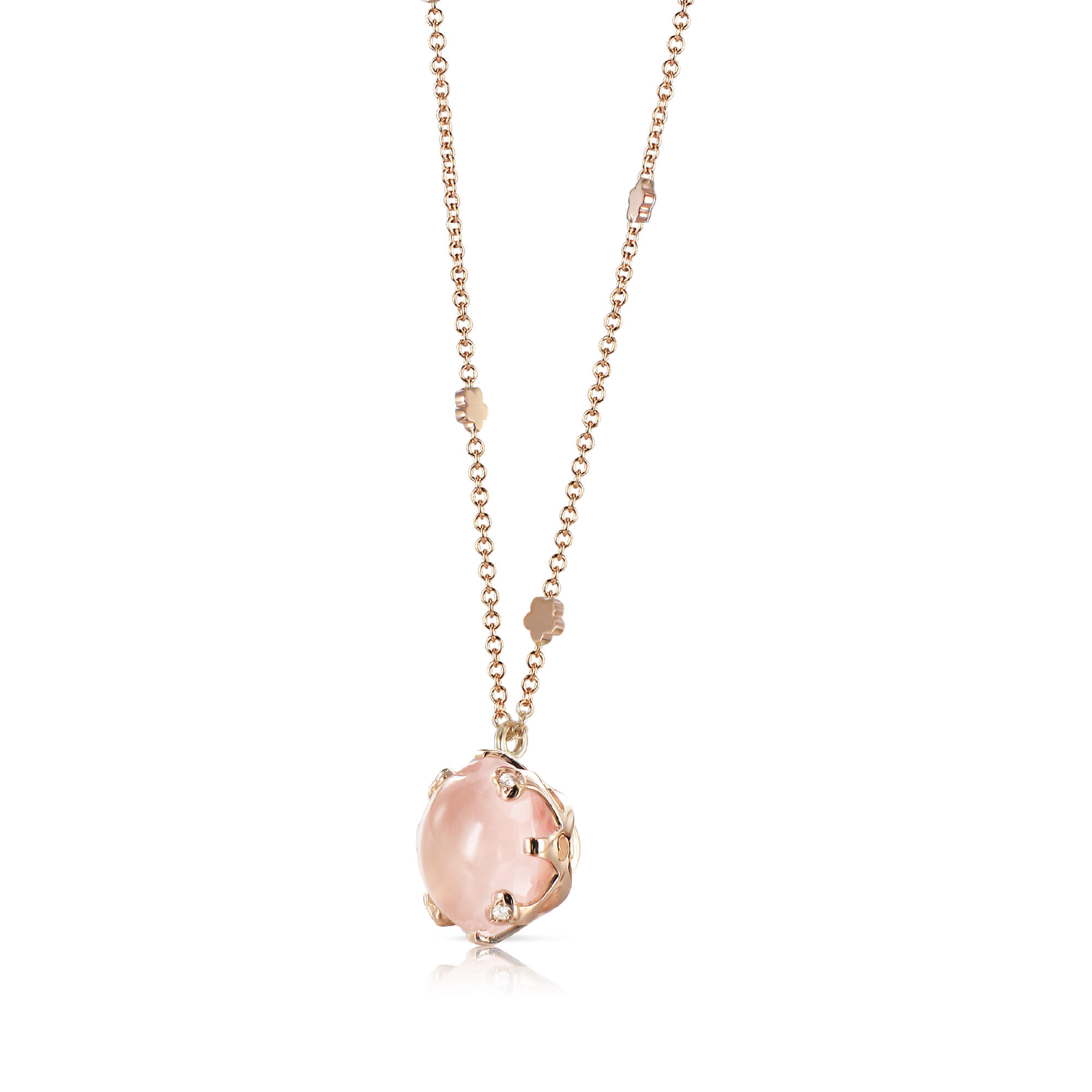 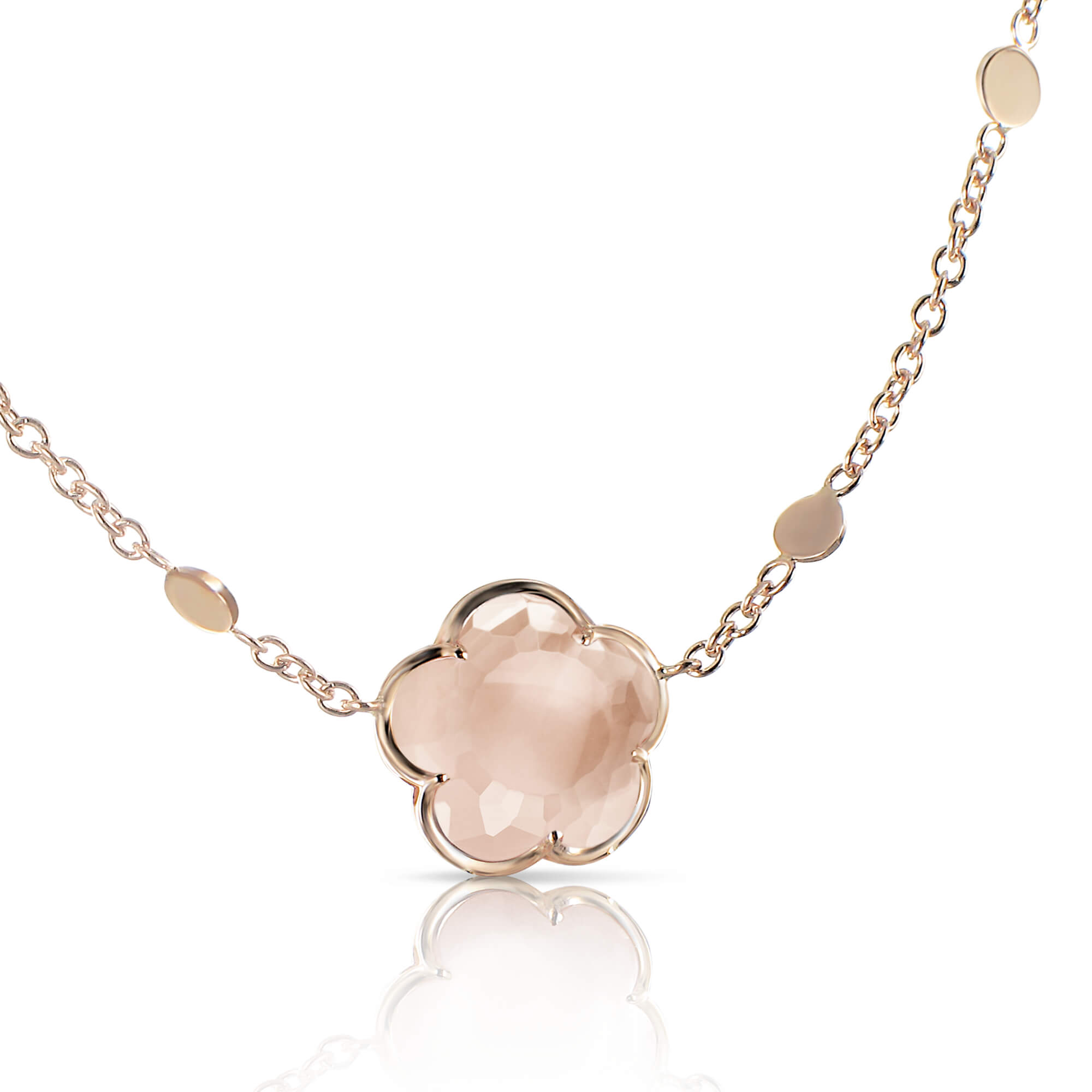 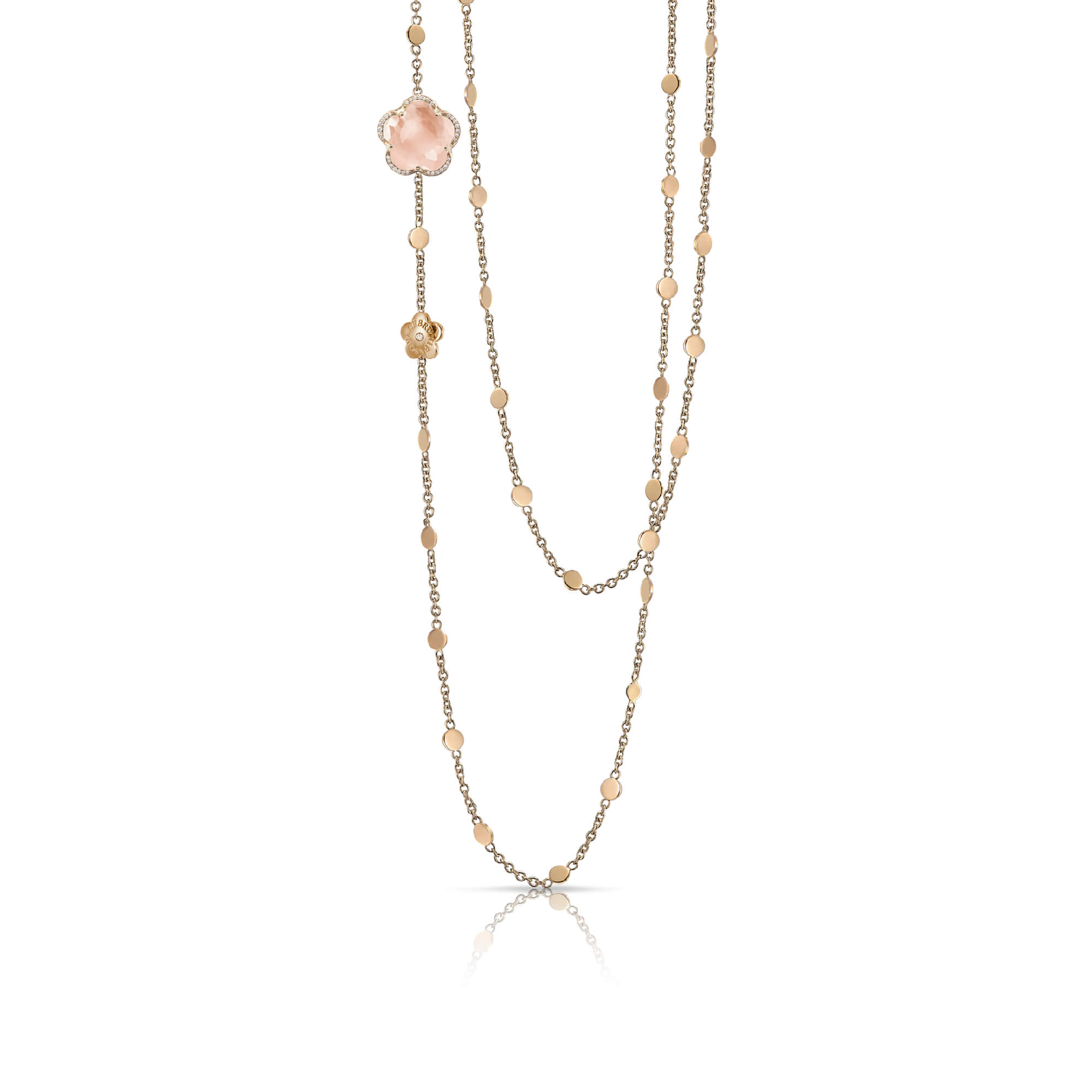 In the past, quartz was considered to be the stone with magical powers, and the oldest jewelry with the rose quartz has allegedly been created in 7000 BC! The ancient Egyptians believed that wearing this rose-hued jewel slowed down aging, it was popular with the Romans, and in the Middle Ages, it was an essential ingredient for healing potions. The rose quartz is of particular interest recently, since its delicate rose hue coincides with the current fashion trends.

Special features: Due to the combination of inclusions and with the right cut, it can develop a star-shaped reflection 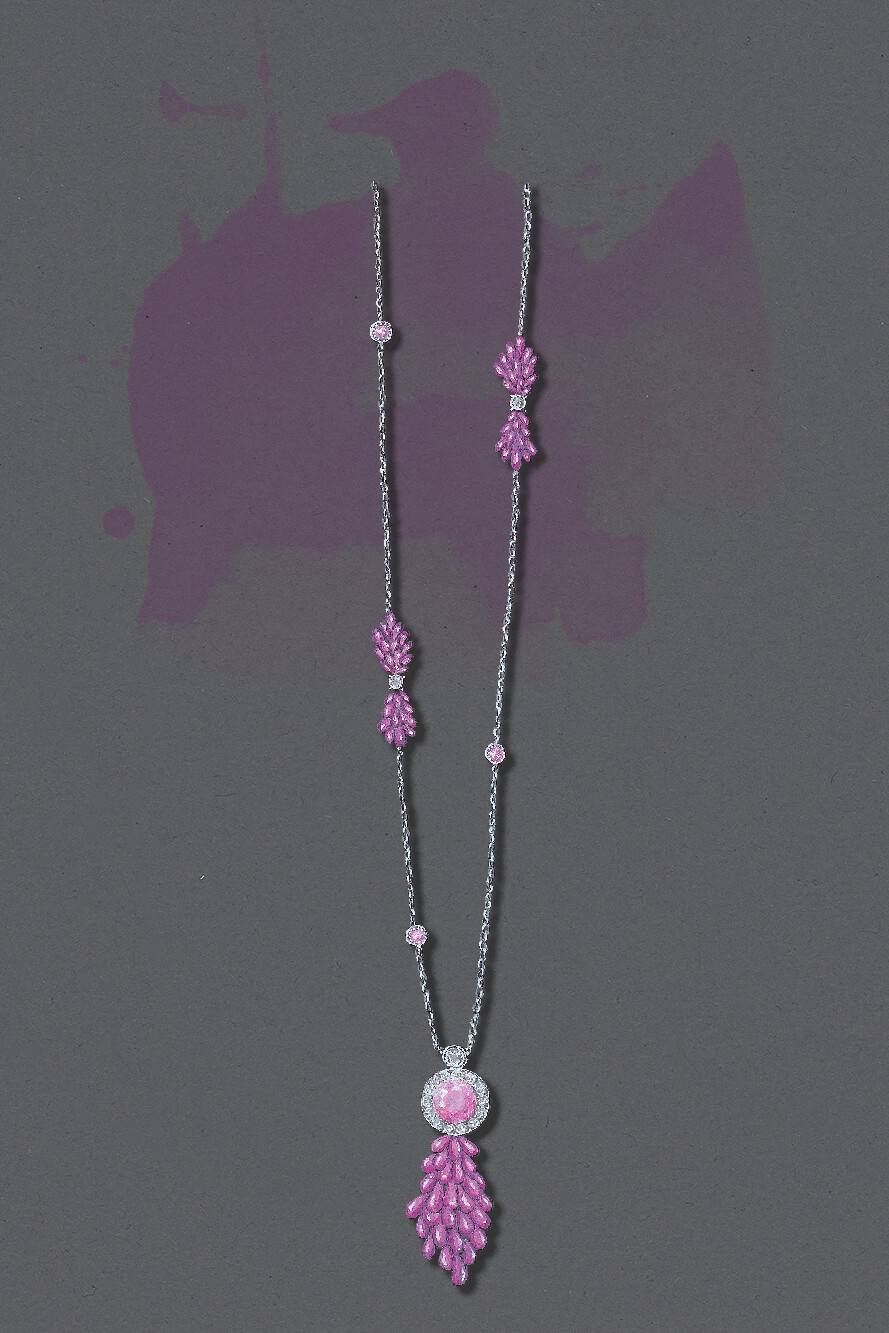 The ancient Egyptians believed that wearing this rose-hued jewel slowed down aging.

About a half-century ago, in the Merelani Hills of northern Tanzania, they discovered minerals of deep blue color. They were convinced that they found sapphire, but it turned out to be an unknown gemstone – tanzanite. In its short history, due to its beautiful colors ranging from purple to dark blue, and the possibility for creation of larger pieces due to rare inclusions, it has become extremely desirable for many jewelers. The tanzanite crystal changes its color in accordance with the angle of viewing; hence, its cut is often defined by the desired color that we wish the greater surface of the gemstone to have.

Zoisite was named after the Slovenian natural scientist Sigmund Zois.