You are here:
Malalan
Moments
Stories
Tudor, Shield of Boldness 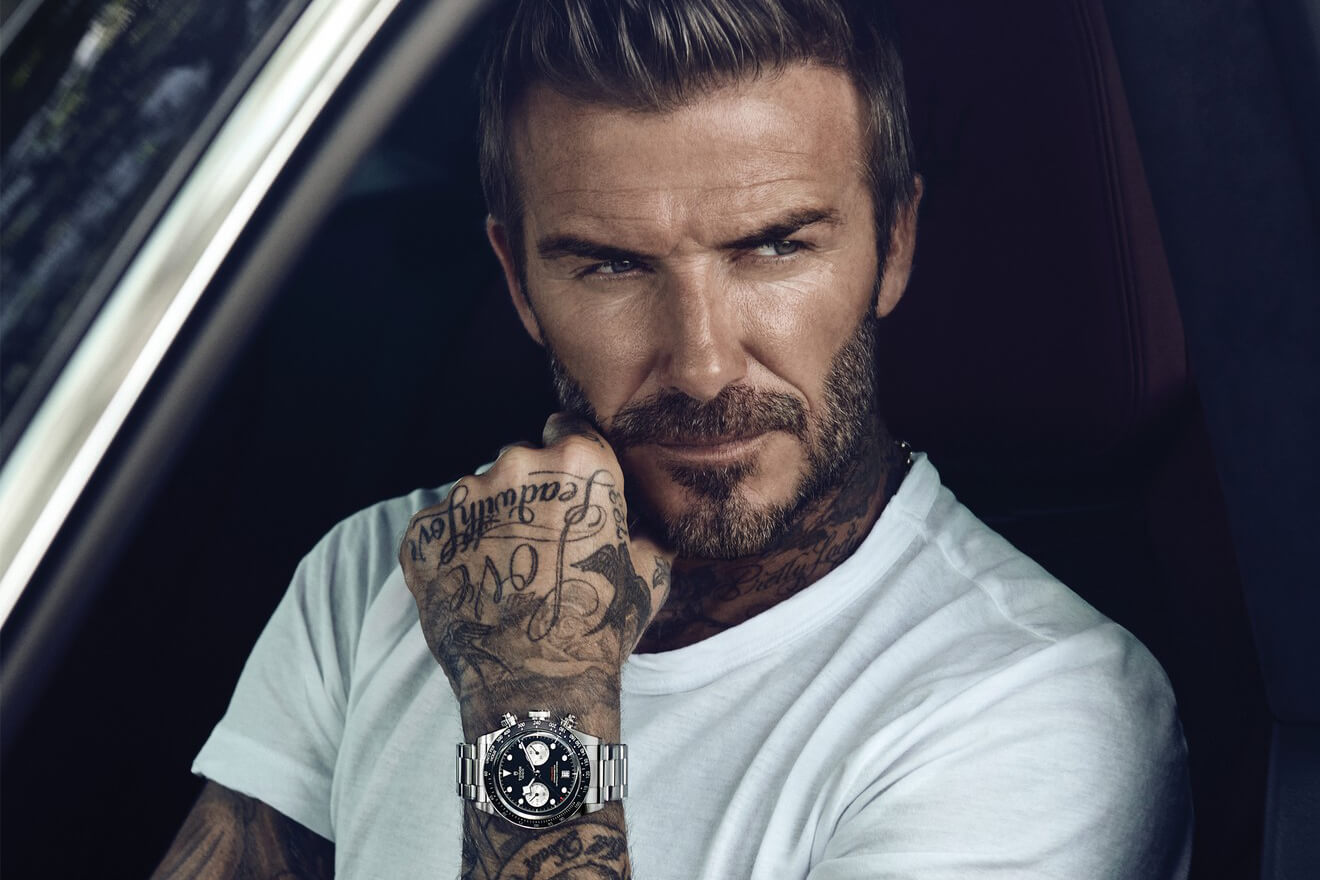 Nejc Puš
Tudor
Nowadays, Tudor timepieces are known to many primarily by their Black Bay collection, while outside watchmaking circles the fact that the brand is a daughter company of Rolex raises many a brow. Namely, it is a slightly younger and more peculiar brother of the brand which for almost a century has truly deserved its present slogan #borntodare.

Tudor Watches in this Article

The significant common denominator of the two companies, depicted by the shield and crown, is their founder Hans Wilsdorf, a visionary and entrepreneurial genius. In the time when wristwatches were more of a ladies’ fashion accessory than anything else while men looked learnedly at their pocket watches, Wilsdorf firmly believed that the days of timepieces residing in gentlemen’s waistcoats were numbered.

Yet, prior to the move of watches to the wrists, appropriate precision of tiny movements and their resistance to exterior factors as well as the automatic winding for the greatest possible practicality had to be provided for the watchmaking revolution. Wilsdorf tackled these challenges extremely prudently and managed to solve them efficiently within a few decades after the establishment of the company: the water-resistant Oyster case, the first movement with the system of automatic winding called “Perpetual”, and exceptional precision of timepieces signed by Rolex installed the brand at the forefront of the watchmaking industry where it has remained to the present day.

Even today, the anecdote can be heard among watchmaking enthusiasts that the shield is protecting the crown of its big brother.

Hans Wilsdorf’s vision reached far beyond the outstanding quality of wristwatches which inevitably required the corresponding price: he wanted to make them accessible for the widest possible circle of people. Thus, in 1926, He had the name “The Tudor” registered on his behalf, in an effort to “meet the demand for reliable time at moderate prices” as one of the very first printed ad featuring Tudor watches said. The Tudor early timepieces were mostly of rectangular or tonneau shape,. In the late 30’s, Wilsdorf chose a rose encompassed in a shield for its logotype. Even today, the anecdote can be heard among watchmaking enthusiasts that the shield is protecting the crown of its big brother.

Until the middle of the 1950s, the increasingly independent house of Tudor, with the help of Rolex’s winding rotor and water-proof case, solved most of its technological problems and thus headed into the creation of its own story, which was, despite their close link, tailored somewhat differently than even then leading Rolex.

The more than 60-year long tradition of diver’s watches is today embodied by the models from the Black Bay collection which through exceptional reliability, sophistication, and last but not least, rich history attract those who are looking for something different.

Rather than with technical specifications, the Oyster Prince model, the first waterproof AND automatic watch of the brand introduced in 1952, was advertised as exceptionally durable and robust, for the confirmation of which it performed a few truly demanding tests. This model thus, among many other trials, endured a motorbike journey of more than 1000 miles, was exposed to vibrations of a pneumatic hammer for 30 hours, and spent 252 hours in a mine, on the wrist of a miner.

In 1954, the Tudor Submariner followed its older brother under sea and thus started writing a new chapter in its rich history. The watch soon found its place on the wrists of professional divers and proved itself as a truly reliable professional instrument. The real usefulness of these watches is best testified to by the fact that Tudor supplied them for several decades to the elite American Navy SEALs special units and divers of the French Navy.

The latter became a sort of unofficial test partner since they were able to check the practical use thoroughly and say what worked and what could be improved. The more than 60-year long tradition of diver’s watches is today embodied by the models from the Black Bay collection which through exceptional reliability, sophistication, and last but not least, rich history attract those who are looking for something different. Today they excite extreme divers, such as Morgan Bourchis, while their most loyal fans include David Beckham. 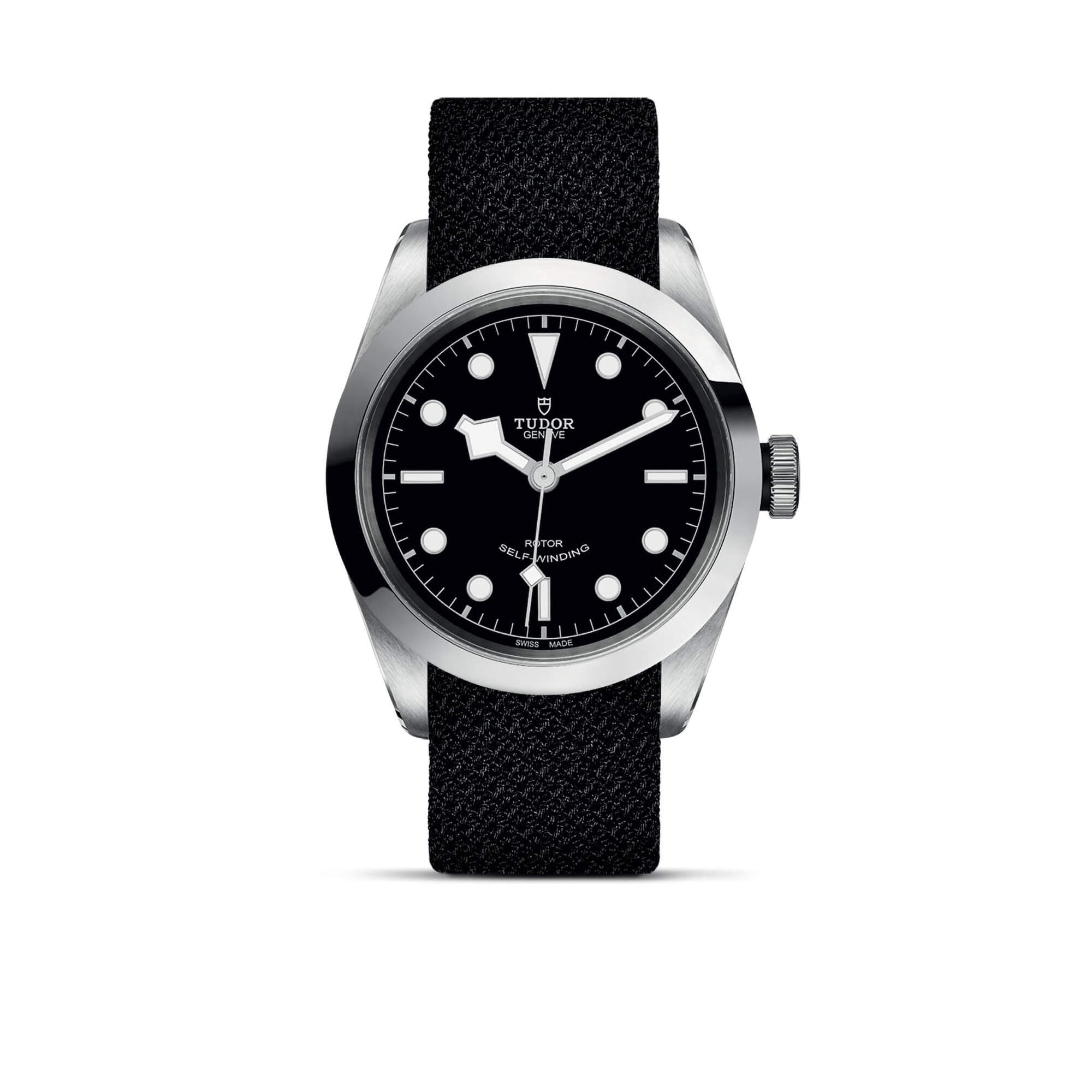 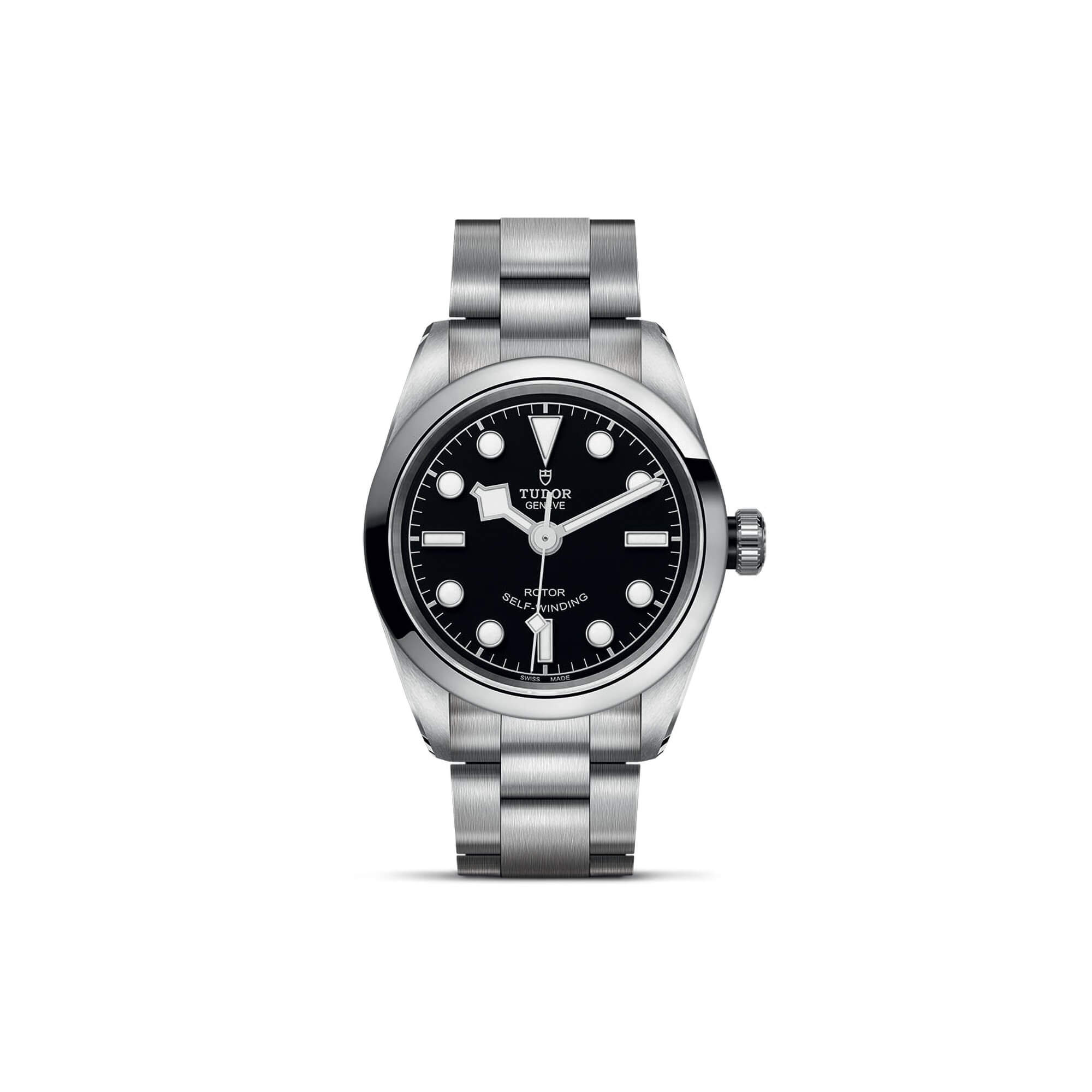 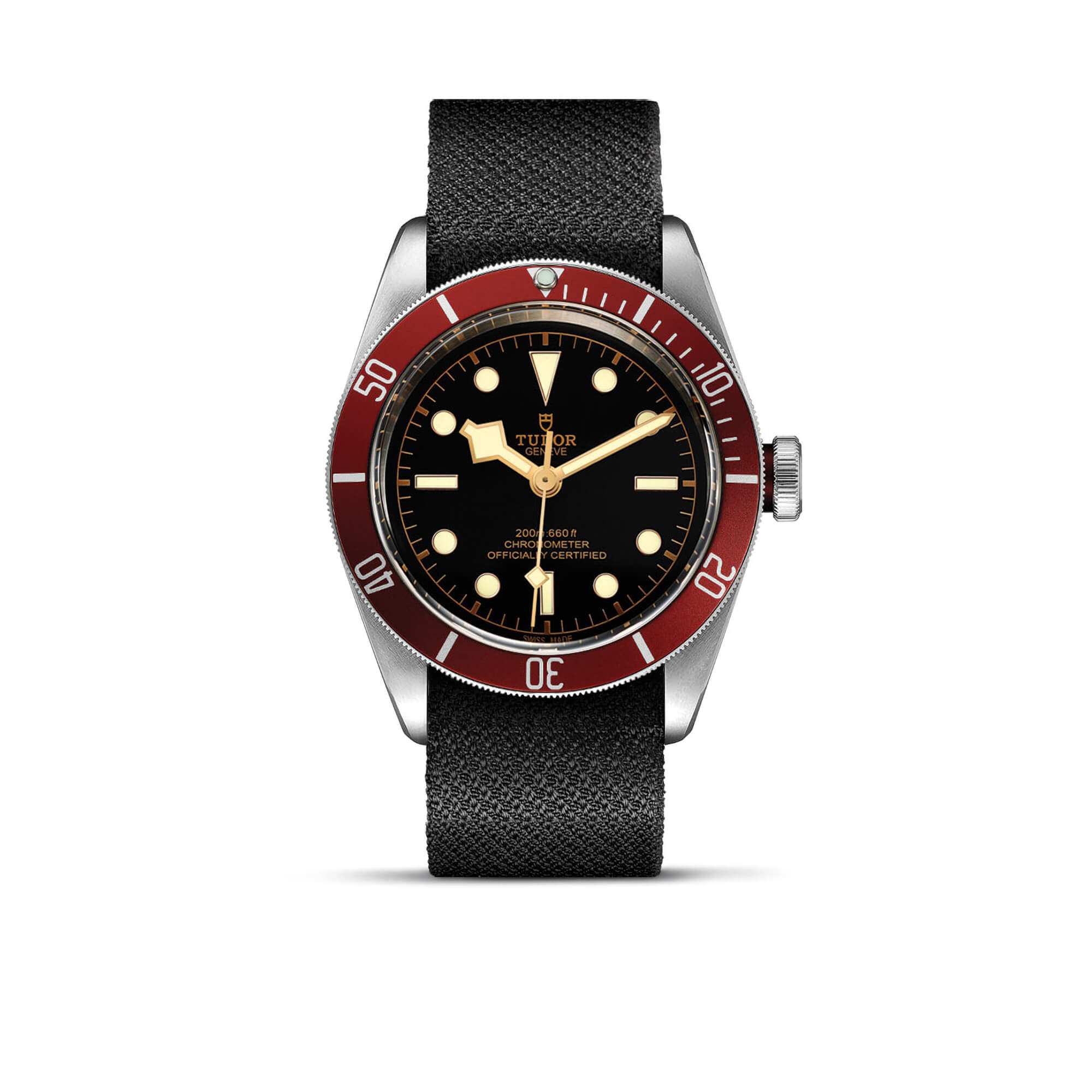 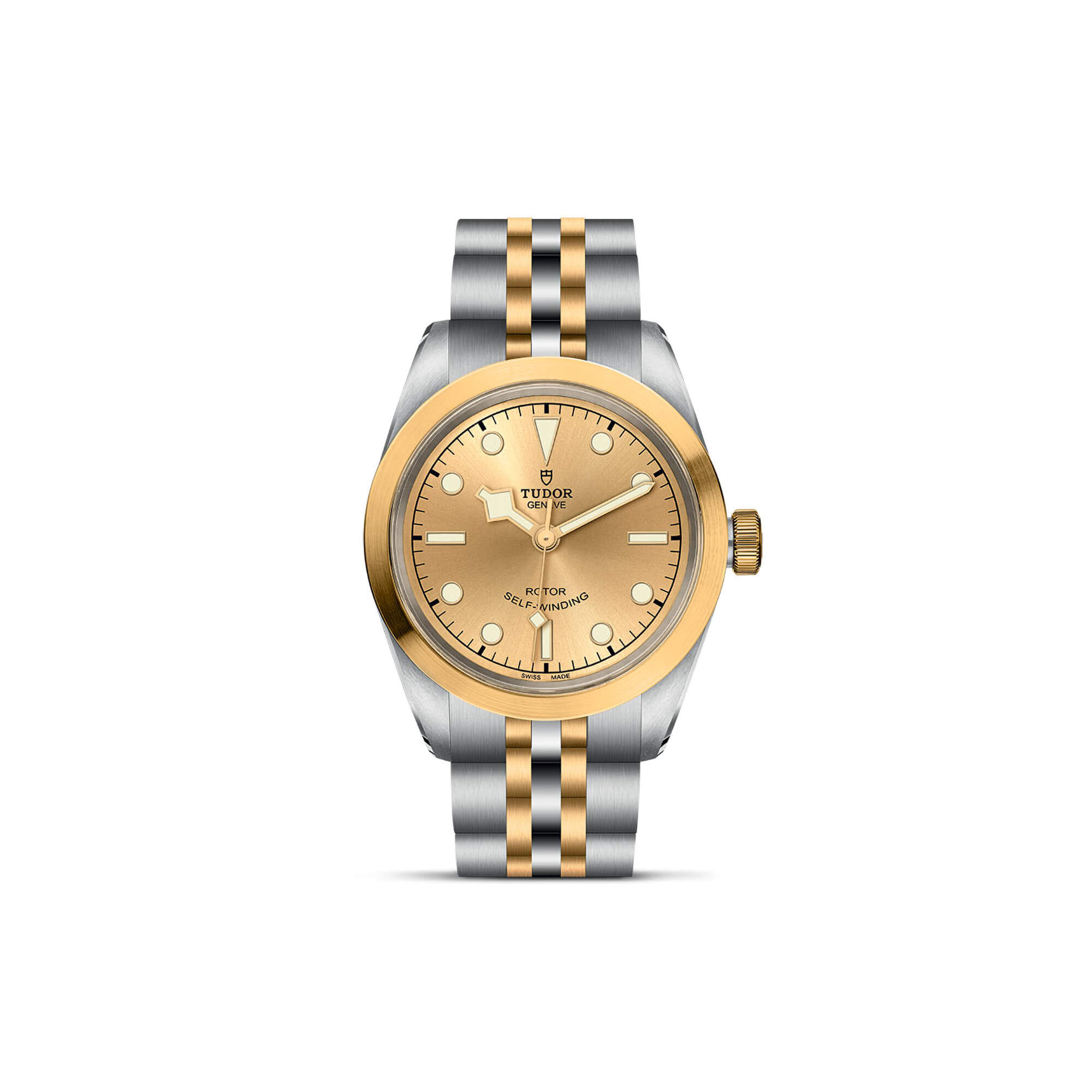 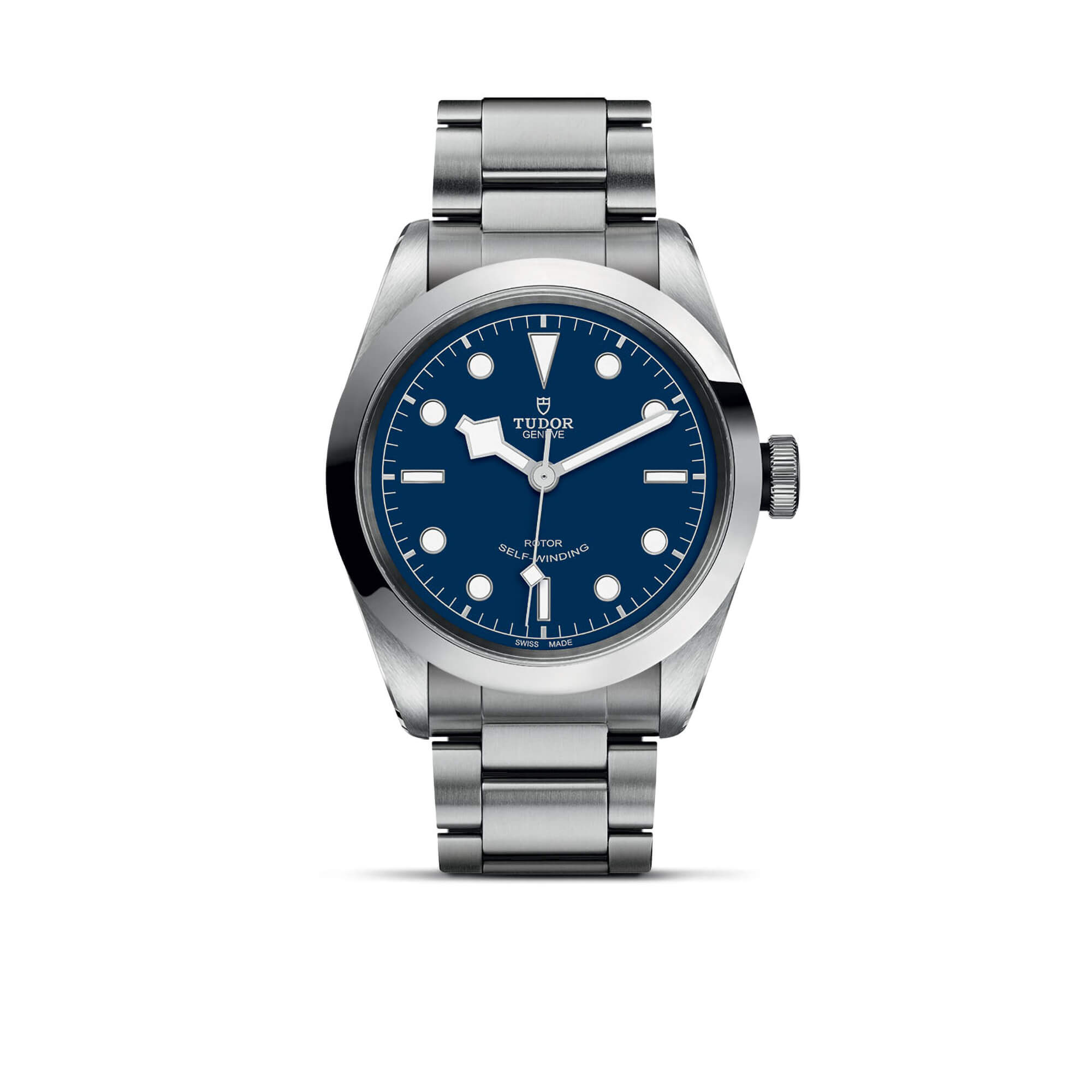 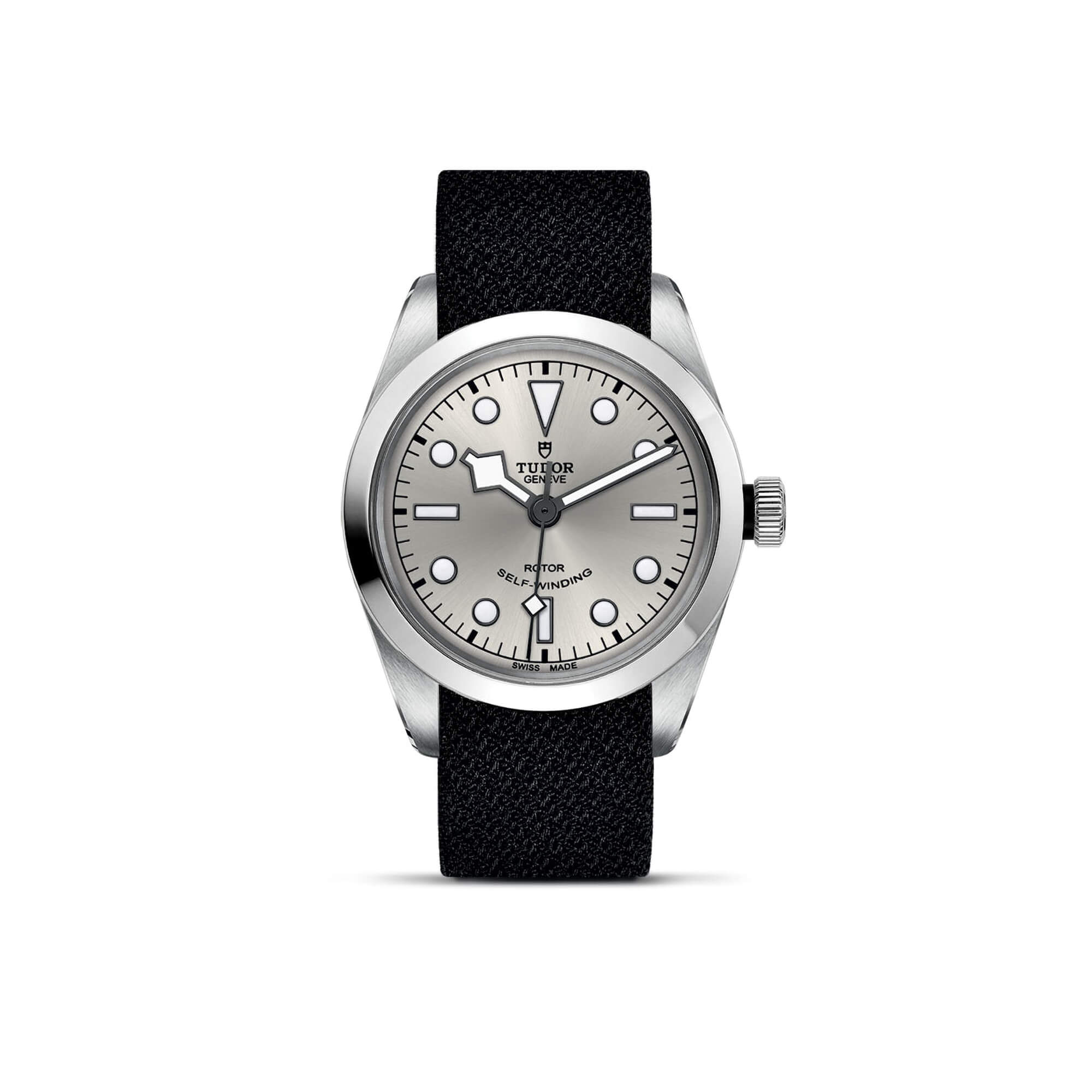 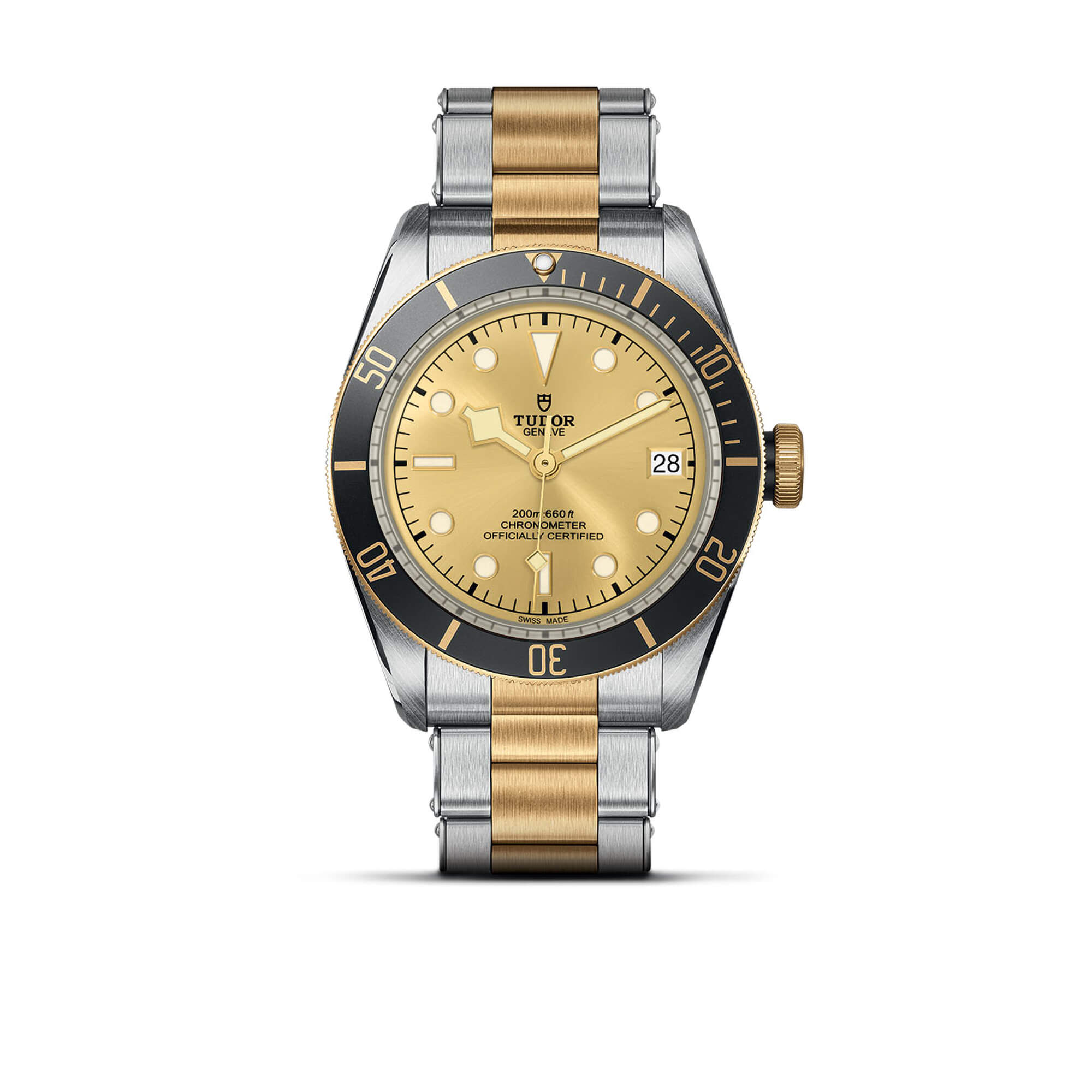 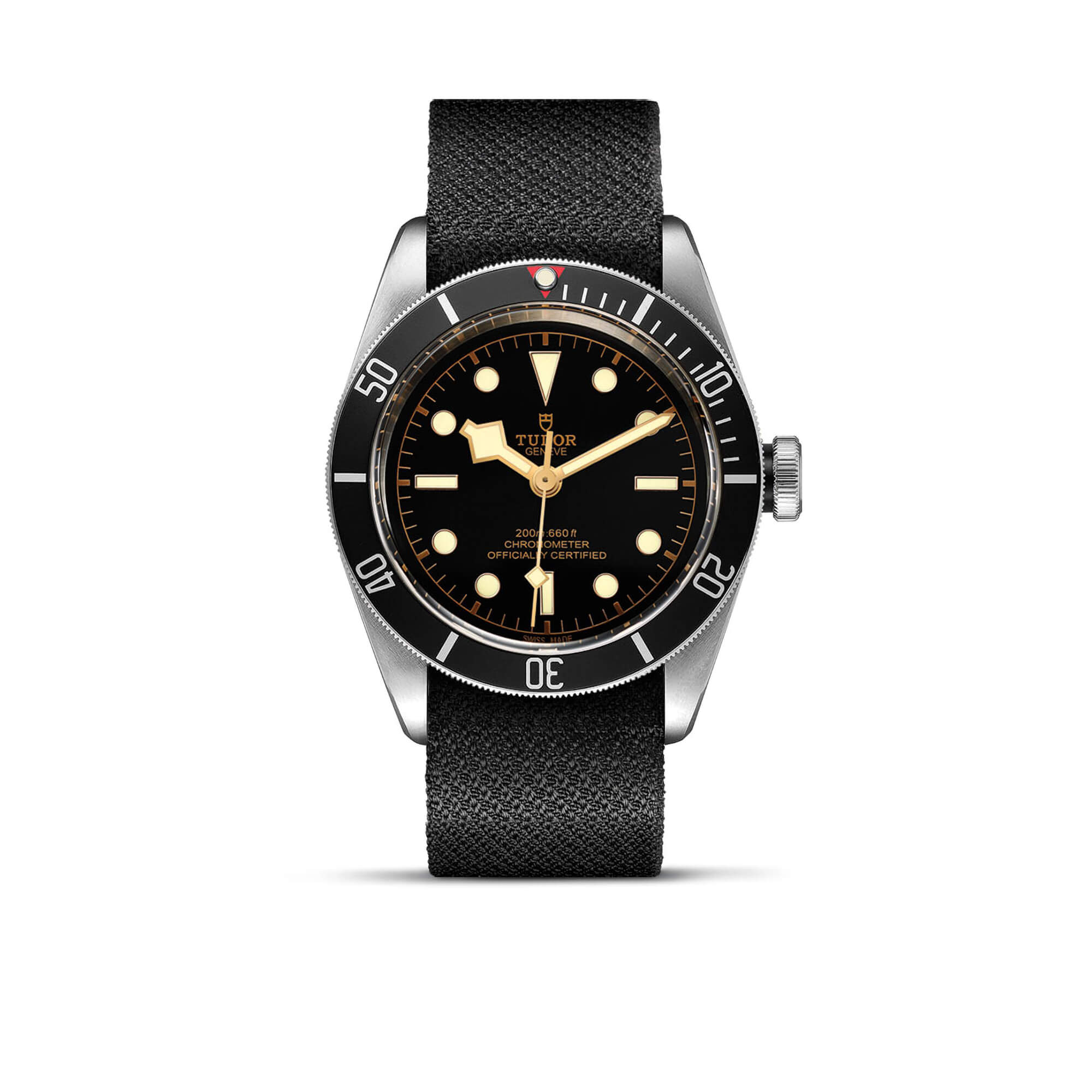 About this piece
View the Black Bay Collection

As a brand intended for professionals Tudor also made its name in the field of chronographs. Their first was introduced in 1970 and named Oysterdate. It united the reliability and robustness the brand was all about together with a pinch of audacity typical for the house of Tudor. Truly special was its dial, the counters of the chronograph of which were designed in the form of a pentagon instead of the classical circle.

A bold move that proved to be the right move, since the watch was soon on the wrists of racing fans and still today remains among the most legendary Tudor models. A homage watch called Heritage Chrono celebrates this legacy within the current collection, staying faithful to the daring design from fifty years ago.

Tudor’s rich diving experience and chronograph expertise resulted in the current collection Black Bay Chrono model, which is the first Tudor self-winding column-wheel chronograph with Manufacture caliber. Since 2019, this timepiece is also available in a S&G version, Tudor’s name for the combination of steel and yellow gold, adding a touch of nostalgic chic to pure racetrack functionality. 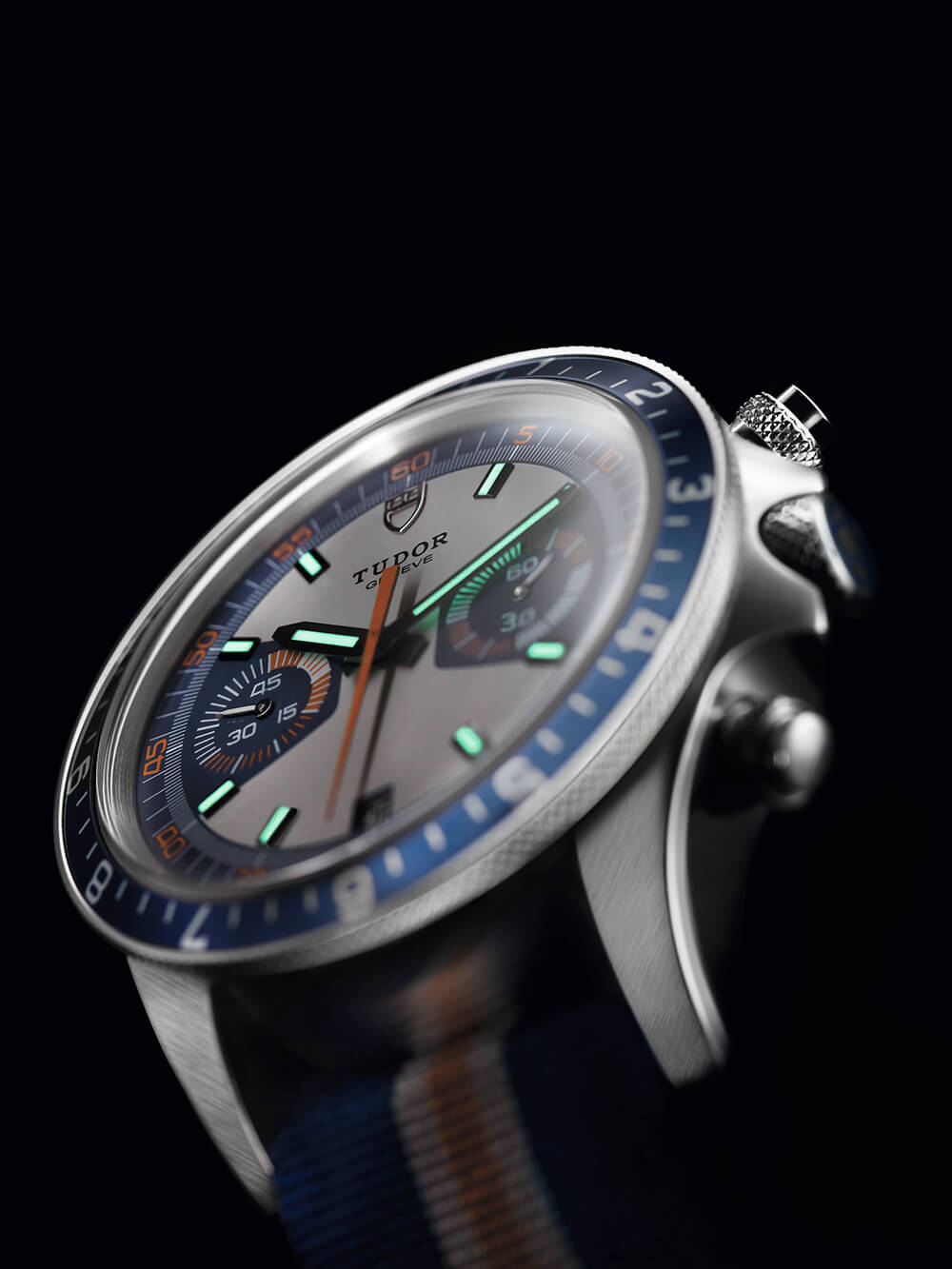 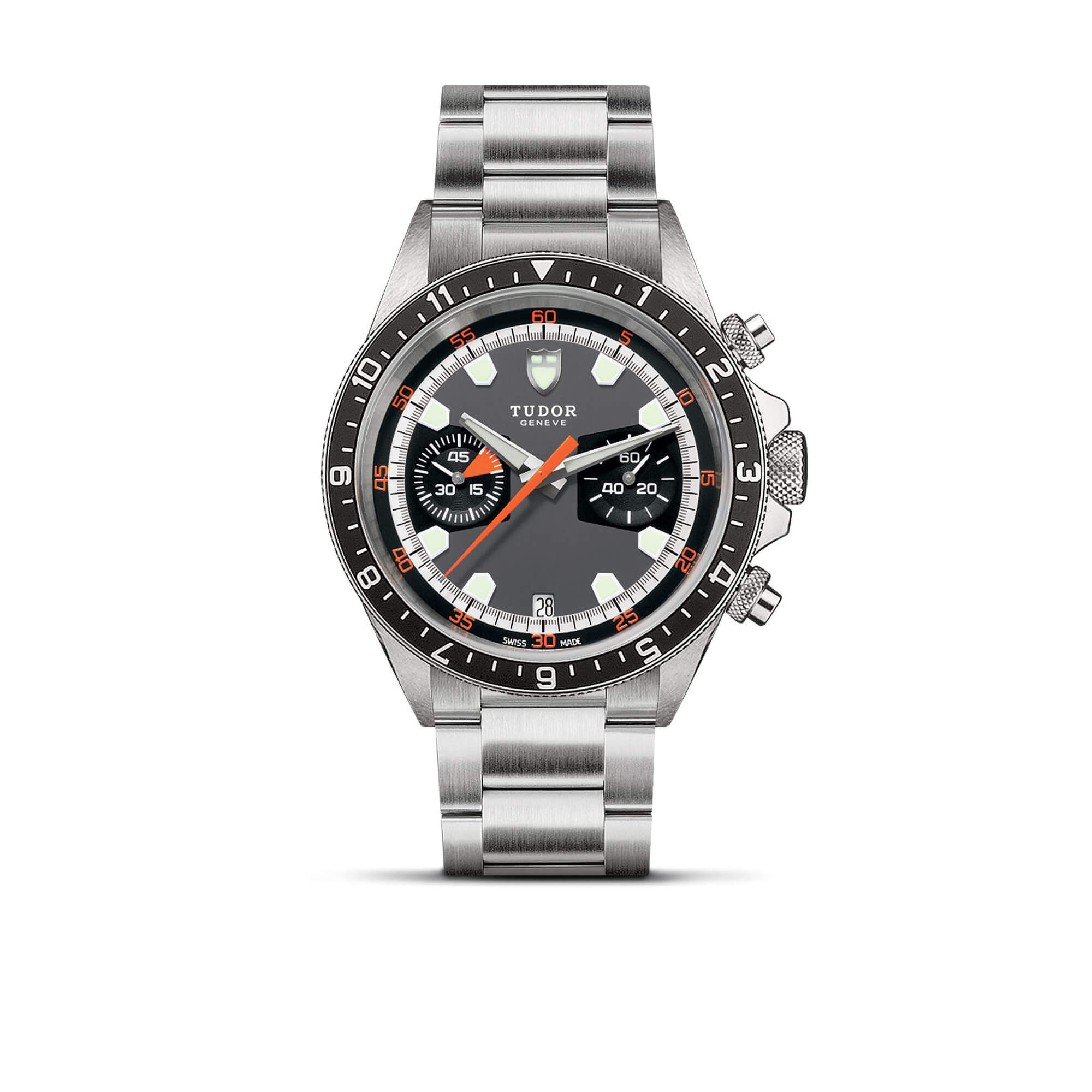 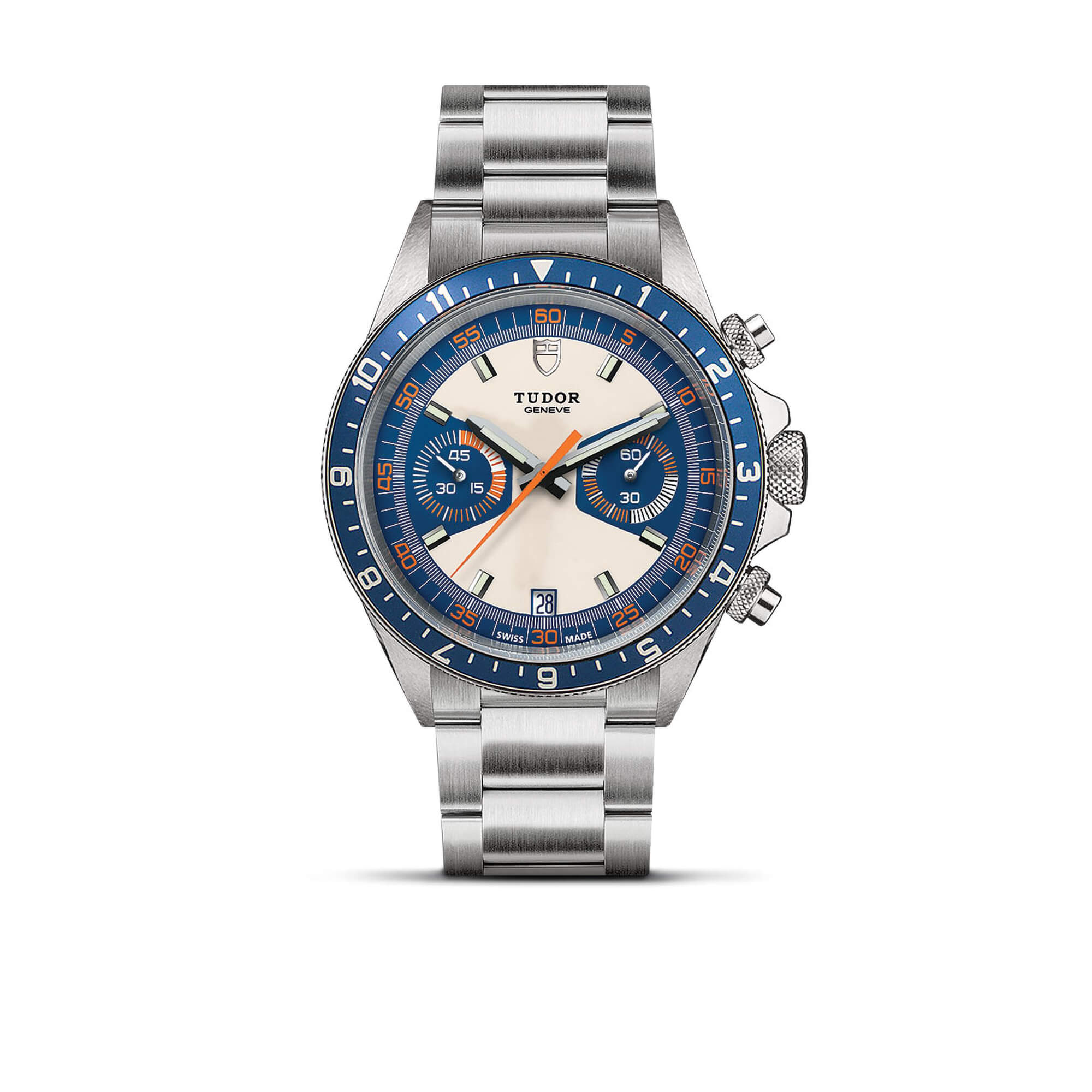 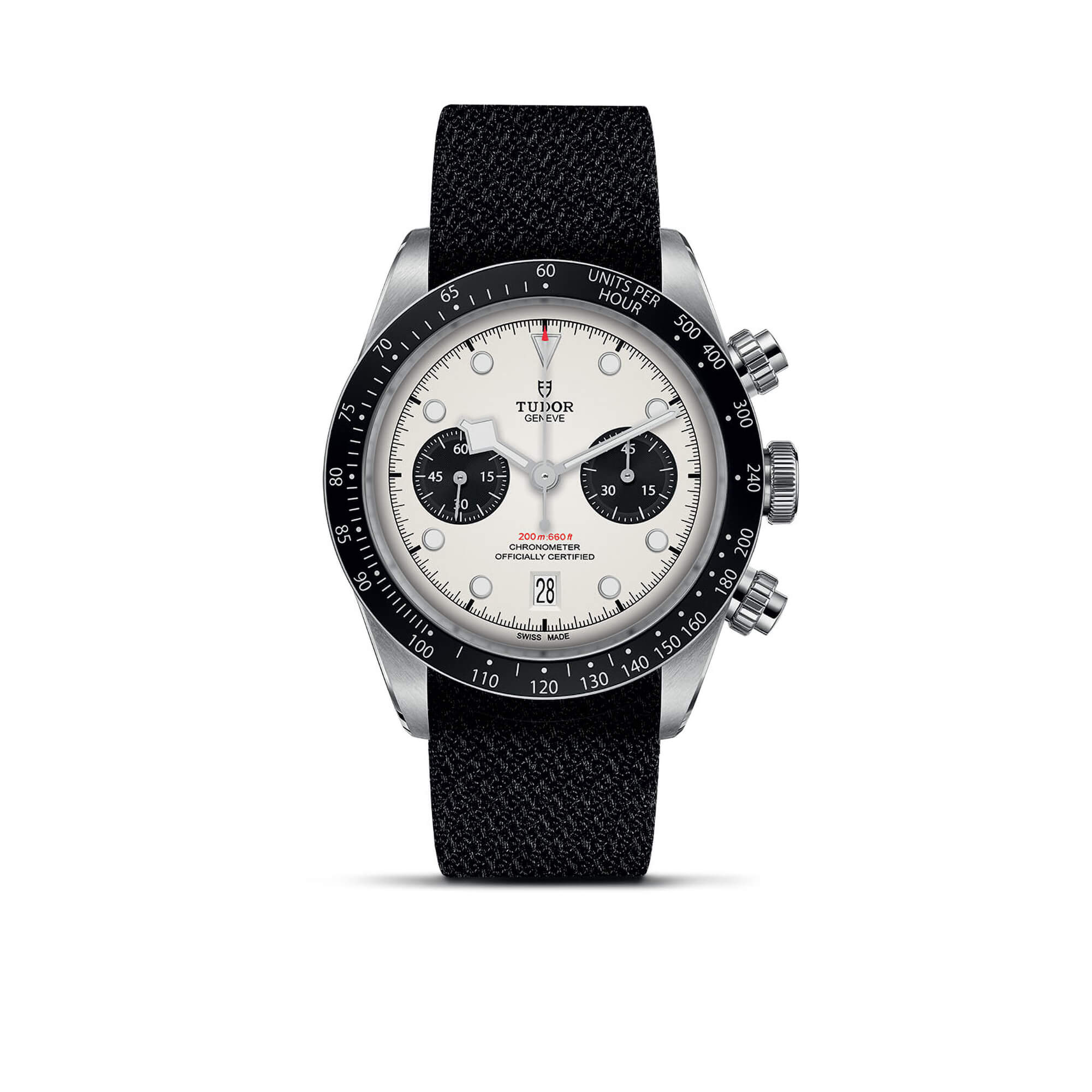 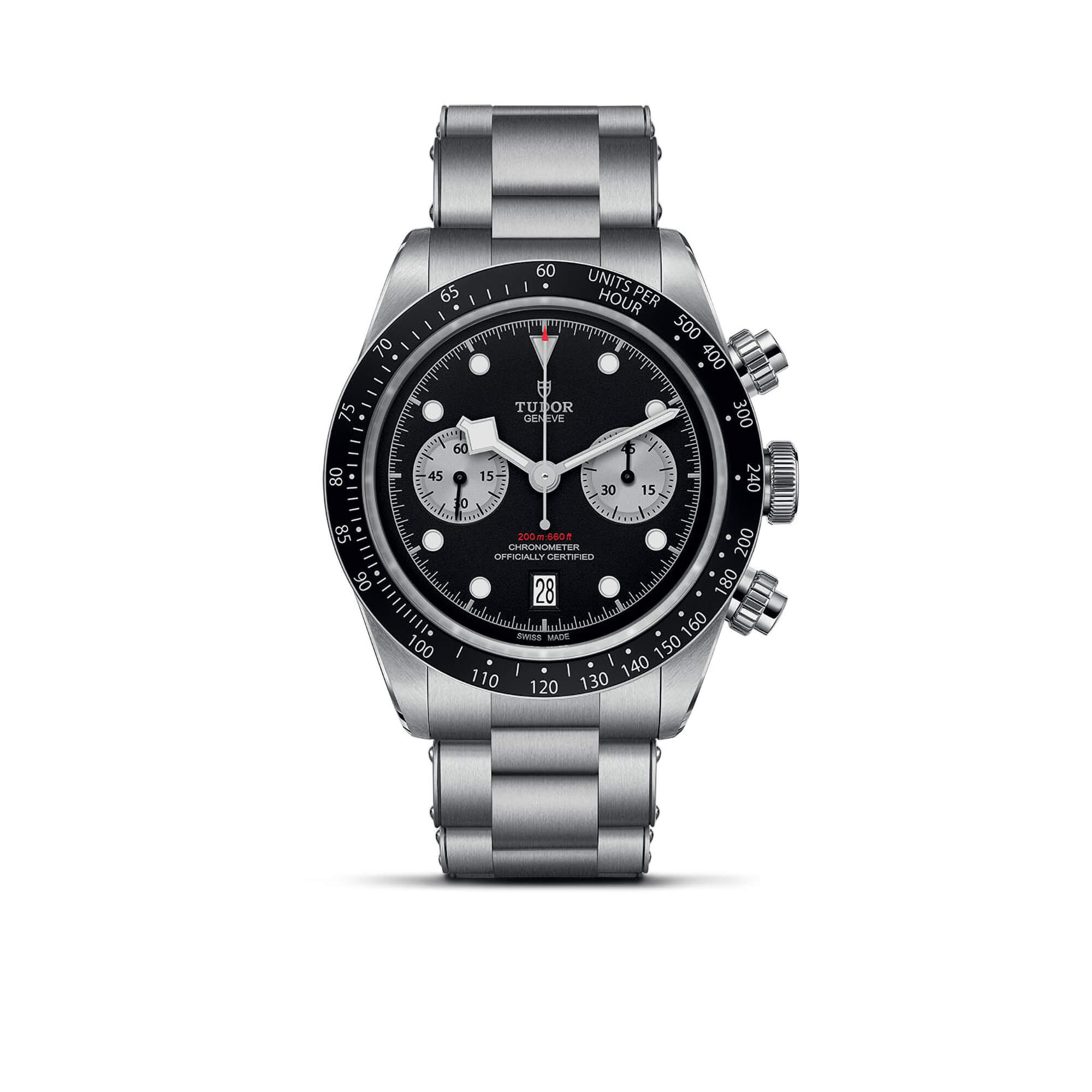 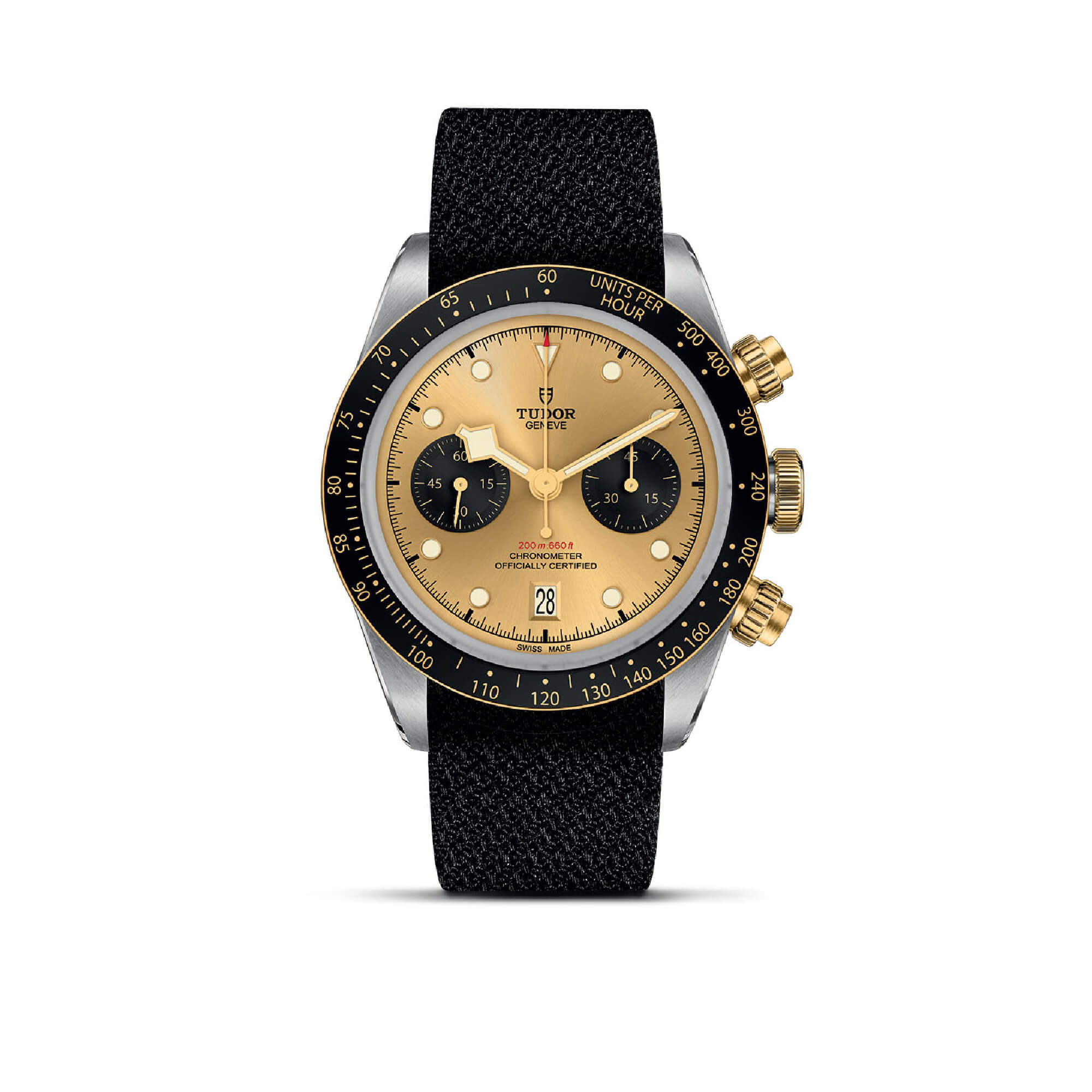 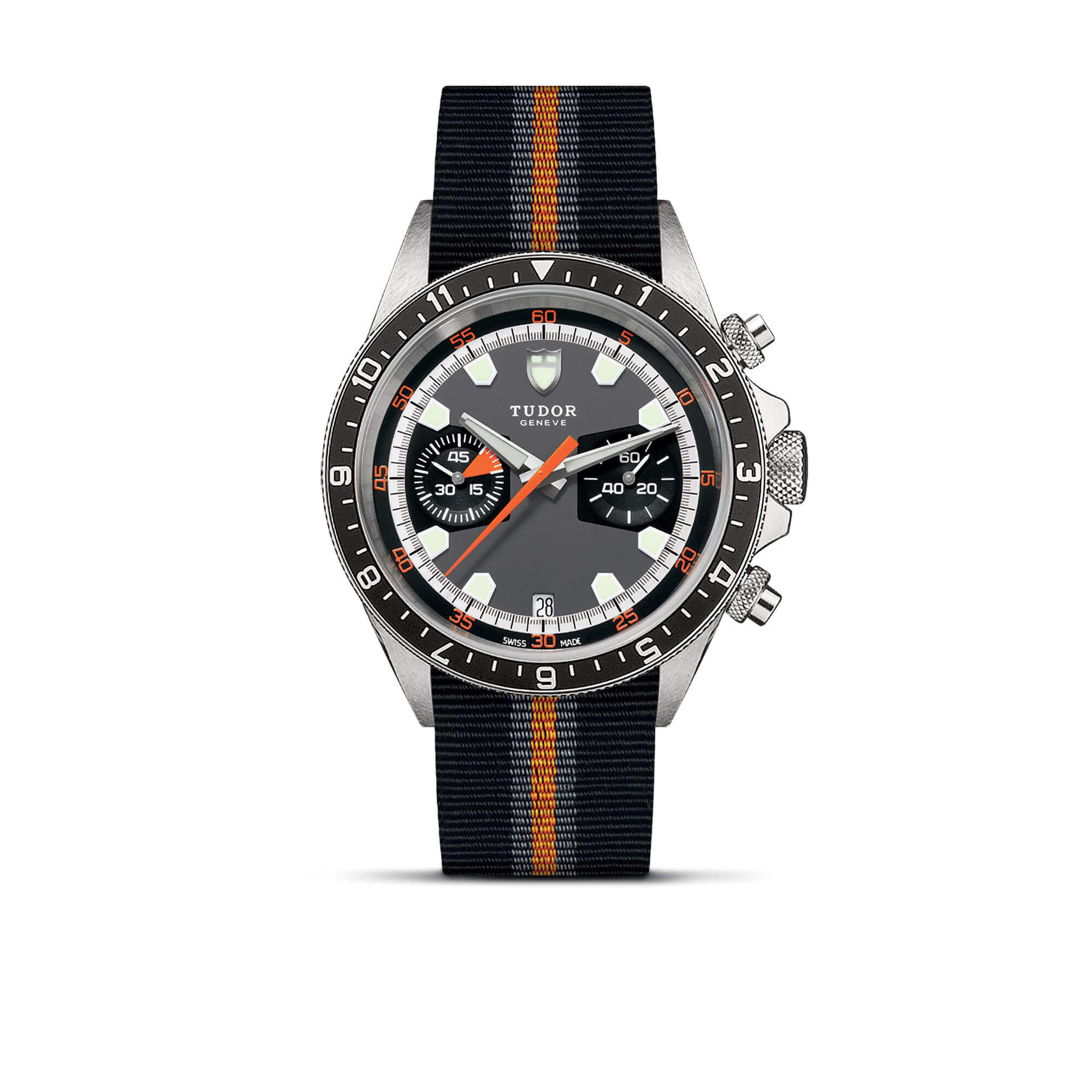 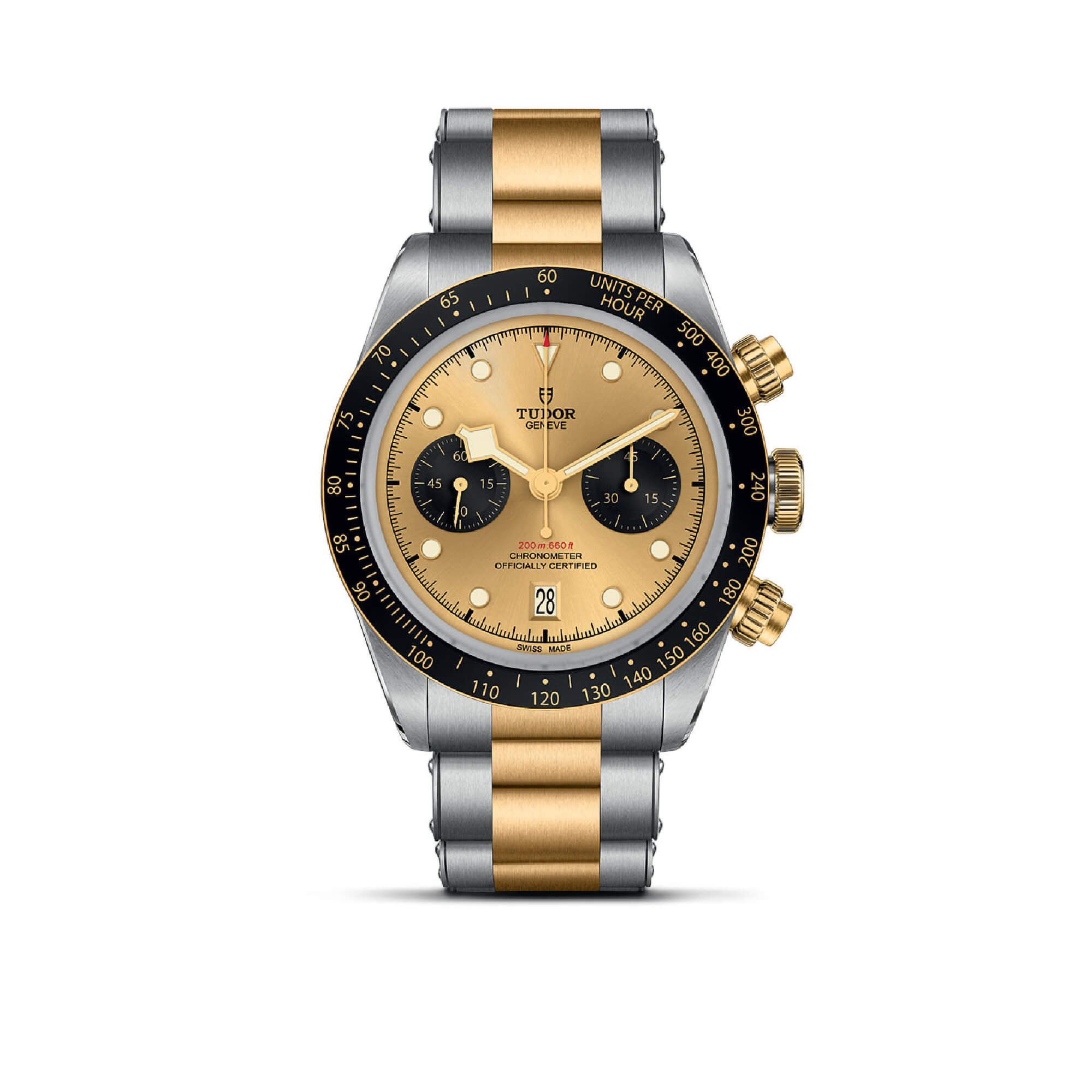 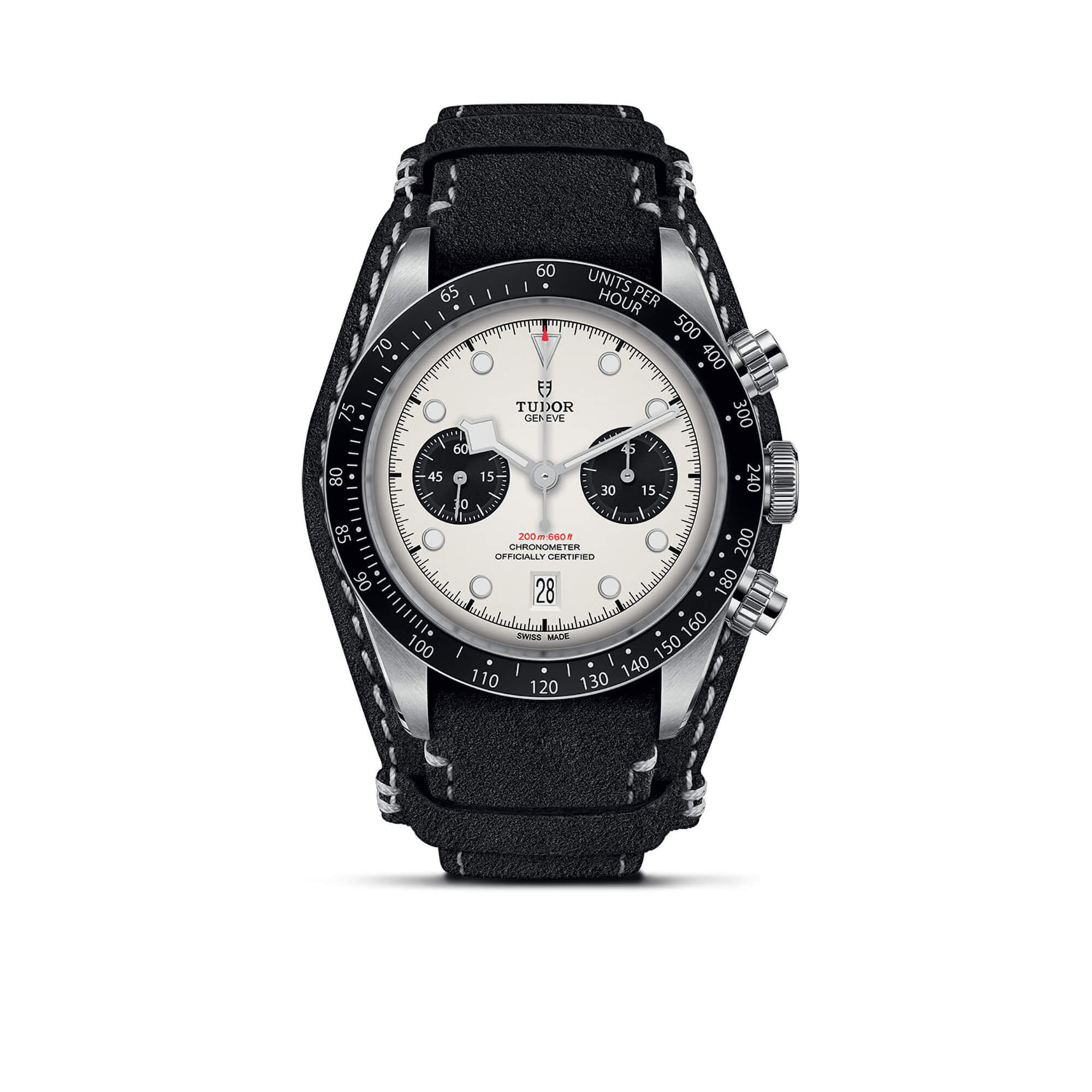 About this piece
View all Tudor Watches

At a time when practically nothing unseen before can be found in watchmaking news, Tudor remains faithful to its slogan #borntodare launching the Black Bay P01. A watch yet unseen, stylistically almost Brutalist and a contemporary interpretation of a prototype developed for the American Navy in the 1960s.

Back then, for improved robustness, the Tudor R&D department moved the winding crown to 4 o’clock, away from shocks, while the rotating bezel was locked via a 1968 patented hinged end-link system. The modern, audacious interpretation of the then secret so-called “Commando” project, was unveiled at Baselworld this year igniting lively debates that not many other timepieces have seen before. 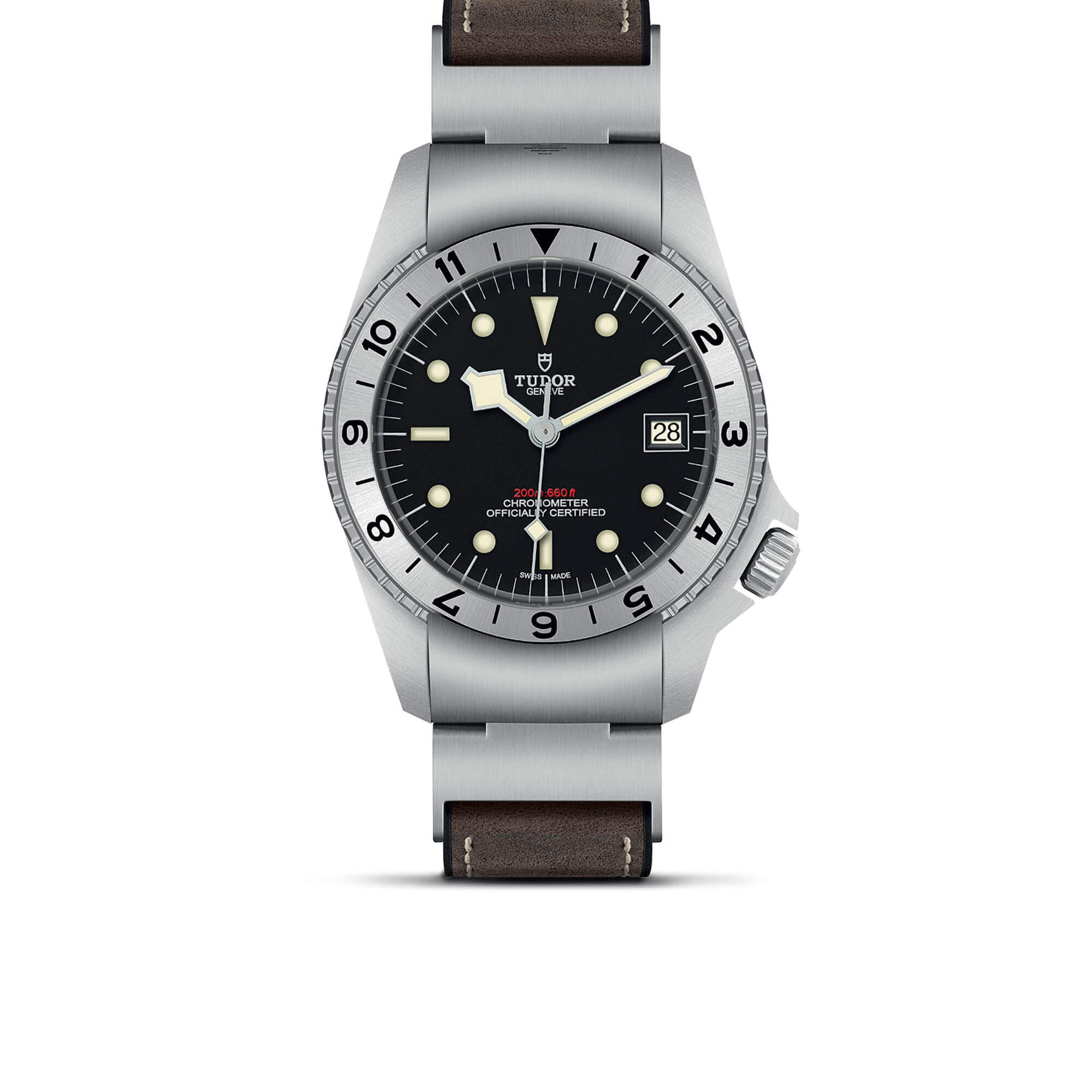